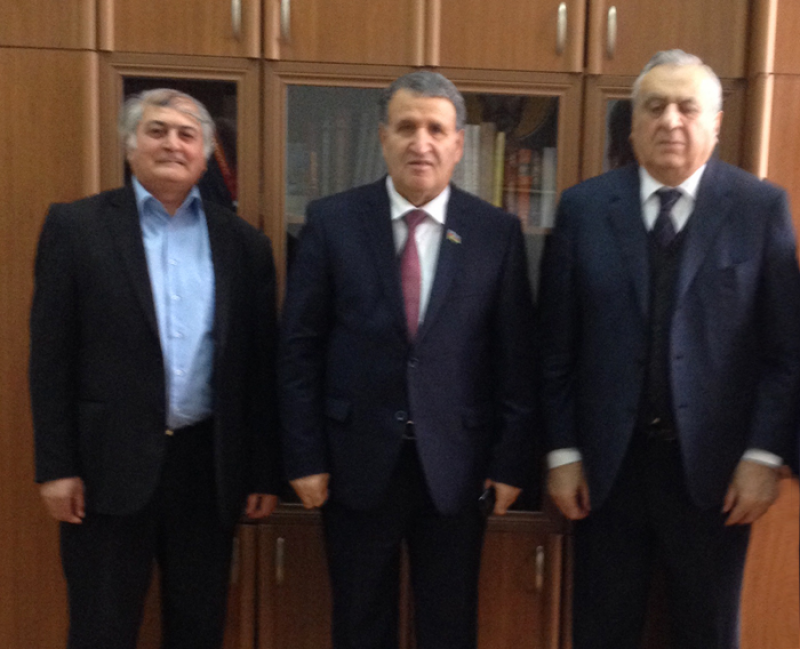 The great Turkologist and well-known orientalist, the full member of the Georgian Academy of Sciences Elizbar Javelidze's 80th anniversary was widely celebrated in Tbilisi.

The event was attended by academician Georgi Kvasitadze, President of the Georgian Academy of Sciences, and spoke about the services of the outstanding scientist in the development of oriental science.

Then Vice President of ANAS, academician Isa Habibbeyli made a report on "Academic Elizbar Javelidze and Azerbaijan".

It was noted that Elizbar Javelidze with his research works dedicated to Jalaleddin Rumi, Yunus Emre, Ashug Pasha, as well as a weighty monograph dedicated to the prominent representative of the Azerbaijan classical literature Mohammed Fizuli, enriched the world literature. Academician Elizbar Javelidze is one of the famous scholars of Sufism and Hurufism.

The vice-president of the Academy of Sciences of Georgia, academician Roin Metreveli, professor Yelena Javelidze, Vladimir Minashvili and other speakers analyzed various aspects of the multifaceted scientific activity of the Georgian Turkologist's patriarch.