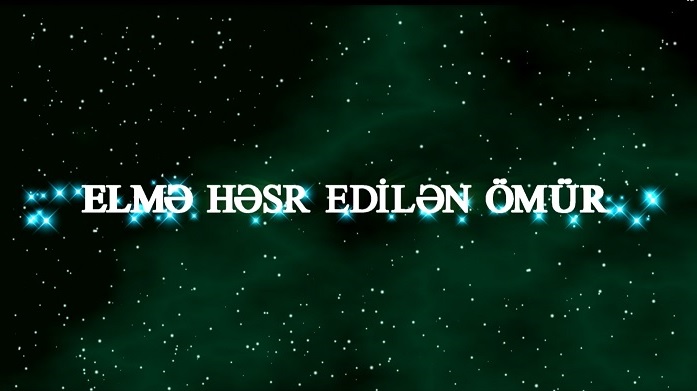 Today at 16:20 on the channel "Ichtimai TV" will be broadcast a documentary film "Life dedicated to science", produced under the leadership of the Department of Elm TV Internet television of ANAS Office of Public Relations and Science Popularization Hatira Jabbarzadeh.

The film is dedicated to the glorious life path and rich activity of a prominent scientist who made a great contribution to biological science, academician Musa Musaev.

The film reflects the valuable thoughts of academician-secretary of the Department of Biological and Medical Sciences of ANAS, academician Ahliman Amiraslanov. In addition, the staff of the Institute of Zoology of ANAS, which for more than half a century was headed by Academician Musa Musaev, as well as members of the scientist's family share their memories of him.

The documentary tells about the significant role of the famous scientist in the training of highly qualified young cadres and the successful activities of the pupils of his scientific school in our country and abroad.