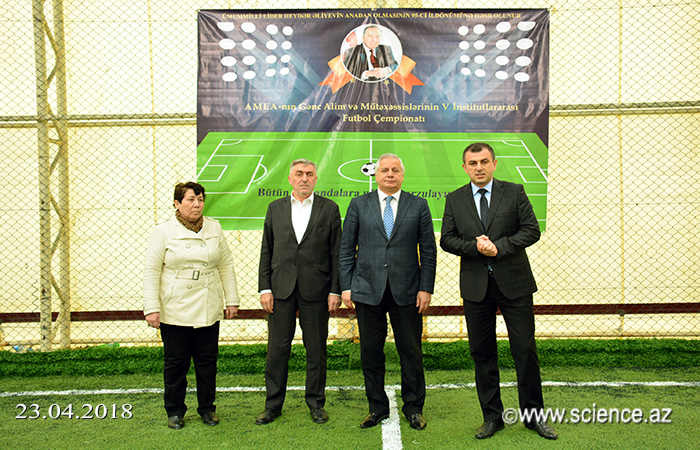 Head of FTU, Doctor of Law, Professor Habil Gurbanov, Head of Public Relations and Science Popularization Office of the Presidium of the Academy of Sciences Zulfugar Farzaliyev, Chairman of the Trade Union Organization of Physics Institute, PhD in Physics Sitara Bagirova and young scholars attended the event.

Chairman of the council, PhD in physics, associate professor Famin Salmanovsaid that the championship is already traditional and has been held for the fifth year. He noted that this year's tournament coincides with the 95th anniversary of national leader Heydar Aliyev.

Salmanov said that the championship will be held with the participation of 17 teams from April 23 to May 12, and that the games will be run by the AFFA Professional Judge Brigade.

Afterwards, Habil Gurbanov said that the championship was commendable and said it would contribute to the development of sports in our country. He said that ANAS had applied to AFFA and 3 mini football fields in 2018-2019 will be prepared and put into use.

Then, the championship's group games started with a meeting of the teams of the Institute of Physics and Petrochemical Processes.