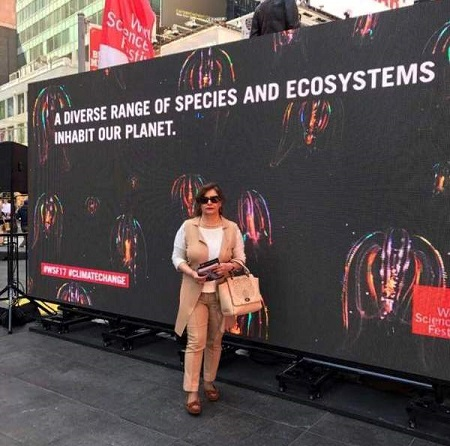 Director of House of Scientists, PhD in history Nurida Gulieva participated at the 10th World Science Festival on May 30 - June 4, 2017 in New York.

Whithin the frames of the festival, N.Gulieva held an official meeting with the Director General of the World Festival of Science J.Kokhom, and achieved a contractual agreement between them. In the course of the event, it was noted that the festival programs intended to be held in Azerbaijan in 2018, will have a guest of representatives of the country.

The Festival in New York opened in Times Square, and various scientific discourses were organized in closed halls.

Let’s note that it is a 10 year old festival of science, representing the general products of the society, creating new initiatives in the field of education, creating digital programs, promoting the science of culture from cultured centers, as well as transcoding nonessential interests in science research, forming our future. 80 representations from 30 cities and 11 countries watched 2 million people, and the live air of the Internet - 50 million people.