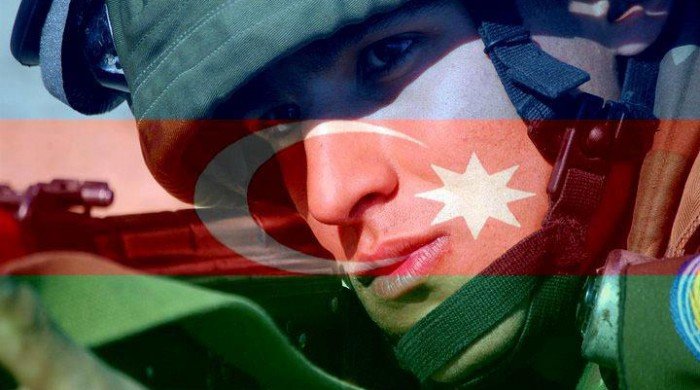 The military conflict between Azerbaijan and Armenia, which has been going on since the beginning of the 20th century, and Armenian provocations continue to this day. Throughout history, the hated enemy, pursuing a cunning policy, has not been satisfied with the territory they possessed, and has set its sights on our lands, committed ruthless atrocities and tried to strike at our state. Throughout history, the enemy against the Azerbaijanis, the Armenian armed groups serving in the Russian army in 1918, united and laid the foundation for a new stage of the genocide against the Azerbaijanis. This meant difficult times for the Azerbaijan Democratic Republic, which declared its independence on May 28, 1918 after nearly 120 years of Russian captivity. As a result of continuous enemy intervention and separatist uprisings, the 23-month-old Azerbaijan Democratic Republic was overthrown by the XI Red Army in 1920. After a long time, Azerbaijan finally regained its independence as a result of the historical conditions created by the collapse of the USSR on October 18, 1991. However, the situation of the political elite of Azerbaijan at that time, the lack of a political leader posed a potential threat to our country. During this period, the country needed a far-sighted person, a prominent statesman, who was able to actively analyze the course of events, who understood the narrow day of the country, and he was Heydar Aliyev. The threat of civil war, chaos, economic crisis and Armenian aggression in Azerbaijan at that time ended in 1993 with the return of Heydar Aliyev to power. However, until then, on December 26, 1991, Khankendi, February 26, 1992 Khojaly, May 8, 1992 Shusha, May 18, 1992 Lachin, October 2, 1992 Khojavend, April 2, 1993 Kalbajar, July 7, 1993 in Aghdara, July 23, 1993 in Aghdam, August 23, 1993 in Jabrayil, August 23, 1993 in Fizuli, August 31, 1993 in Gubadli, October 29, 1993 in Zangilan , as well as 13 villages of Tartar region, 7 villages of Gazakh region, and 1 village of Sadarak region of Nakhchivan -a total of 20 percent of the territory was occupied as a result of the Armenian military aggression. As a result of the conflict, more than 1 million Azerbaijanis became internally displaced persons, 20,000 died during hostilities, 50,000 became disabled, about 4,000 Azerbaijanis went missing, and more than 2,000 Azerbaijanis were taken hostage by Armenians. After all these difficulties, a ceasefire agreement was reached on May 12, 1994 under the leadership of Heydar Aliyev. Our country has expanded its activities at the regional and global levels, including cooperation in the international arena, and as an independent state has become a member of the United Nations, the Organization for Security and Cooperation in Europe, the Council of Europe, the Organization of the Islamic Conference, the Commonwealth of the Independent States and others. Diplomatic talks, which have been held regularly for many years, concrete plans for resolving the conflict, and pressure from international organizations still cannot prevent Armenian provocations. n addition to regular armed attacks, on April 2, 2016, and July 12, 2020, the enemy fired heavy weapons at civilians and our military positions along the line of contact. As a result of this armed aggression, military and civilians were seriously injured and killed. Of course, these political and military provocations of Armenia were successfully repelled, and the enemy was dealt a crushing blow. The enemy already knows very well that we have a strong and disciplined army with high combat readiness, and that we have the power to return our occupied lands on the instructions of the Supreme Commander-in-Chief of the Armed Forces. Because we have sons and daughters who are always ready to take part in the battles on the way to the

Motherland, waiting for the order of the Supreme Commander-in-Chief to win this war, which has not been resolved peacefully for 30 years. May God protect our people!

Head of the Public Relations Department of the Institute of Zoology of ANAS, Doctor of Philosophy in Biology, Associate Professor Shukur Guliyev