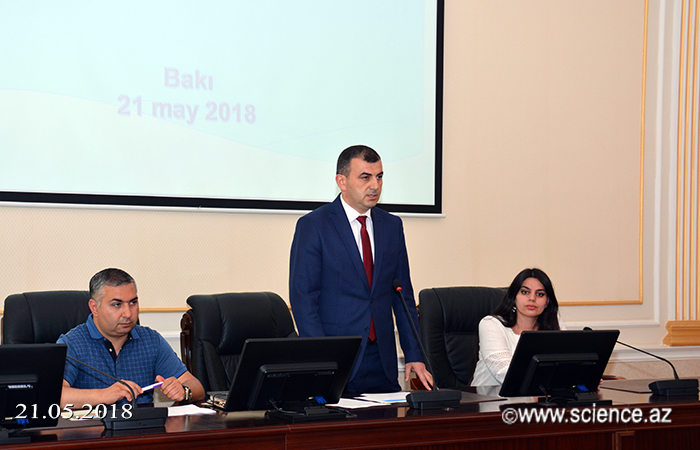 Council of Young Scientists and Specialists of ANAS hosted a meeting dedicated to the 100th anniversary of the establishment of the Azerbaijan Democratic Republic (ADR).

Opening the meeting, chairman of the board, PhD in physics, associate professor Famin Salmanov talket about the agenda issues.

After the speeches, the current issues were considered at the meeting.

Preparations for the international scientific forum of young scientists and researchers on "A trip from modern Azerbaijan to the Shirvanshahs", structural changes of the Board of Directors, the results of the Young Scientists and Specialists of ANAS scientific research institutes for the half-year report of 2018 and the next issue of the magazine "Young Researcher" have been discussed at the meeting.