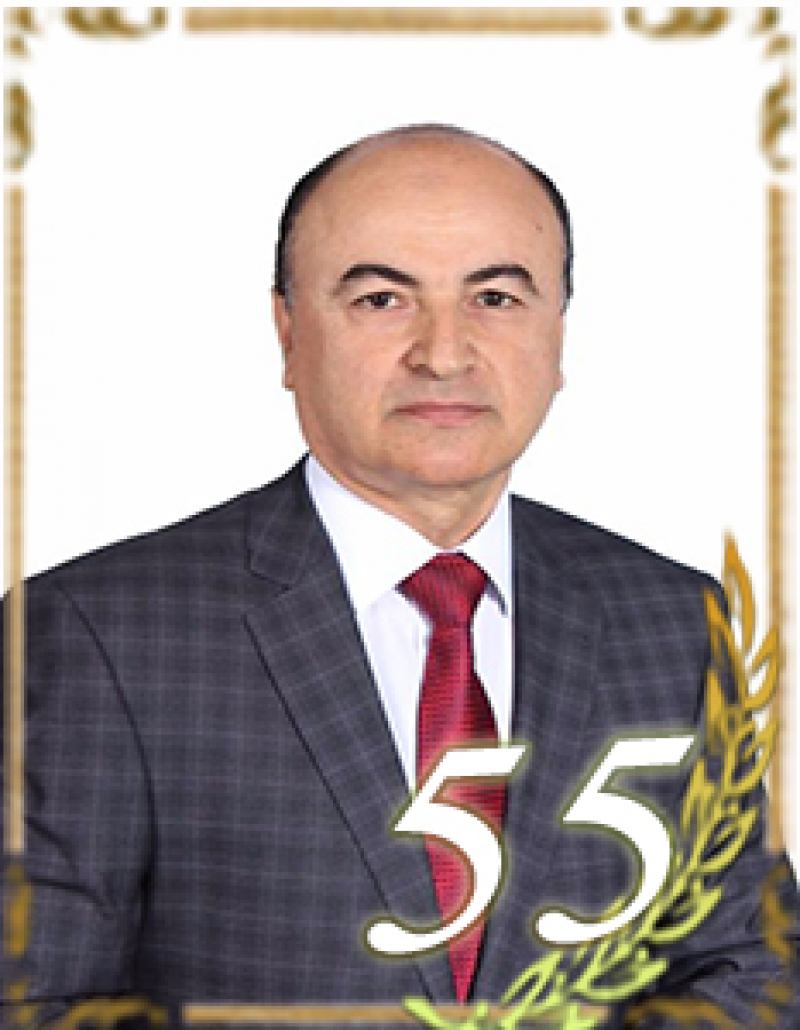 Known scientist in the field of computer science, head of the Science and Education Office of the Presidium Aministration, corresponding member of ANAS Aminaga Sadigov is 55th on December 18.

On December 18, 1962, Aminaga Bakhman oglu Sadigov was born in Lerik. After graduating from the republican secondary school in 1980 with the physical and mathematical bias N1 in Baku, he entered the Faculty of Applied Mathematics of the Dnepropetrovsk State University of Ukraine. In 1992, at the same university, he received the degree of PhD in physical and mathematical sciences. In 2013, defended doctoral thesis on "Mathematical Models and Information Technologies for the Management of Emergencies" at the Institute of Control Systems of ANAS. In 2010 he received the title of associate professor, and in 2016 - professor. On May 2, 2017 was elected as a corresponding member of ANAS on "Computer Science" specialty.

Since 2015, the scientist is the head of the Science and Education Office of the Presidium Administration. In addition, the activities of the head of the Laboratory of Monitoring and Forecasting of Accidents of the Institute of Control Systems of ANAS. In different years, acting as a university teacher, he was engaged in pedagogical activity in universities. Currently he is chairman of the Public Association of Intellectual Property and Innovation, scientific secretary of the Republican Council for Organization and Coordination of Scientific Research, executive secretary of the Board of Directors of scientific institutions of ANAS, a member of the working group of the Committee of Science and Education of the Milli Majlis, a member of the Advisory Council on Intellectual Property Protection and Transfer technologies of the International Association of Academies of Sciences and the Academic Council on Science, an expert of America the Civilian Research Foundation, a member of the working group of the Organization of the Black Sea Economic Cooperation.

Represented Azerbaijan in more than 60 authoritative international events held in approximately 40 countries around the world. He also took part in trainings and advanced training courses in science, education, technology and management in the United States of America, Israel, Malaysia, Germany, Greece, Thailand and other countries.

Developed mathematical models to automate the management of the protection of objects and regions in emergencies and, based on these models, some methods and information technologies to improve the safety of the population, production facilities and the environment, in order to minimize losses and material damage in emergency situations. These methods and information technologies significantly increase the efficiency and validity of decisions and actions taken in emergency situations. These scientific achievements are used by the relevant state bodies and organizations.

Aminaga Sadygov is the author of 119 scientific works, including 3 monographs, 1 patent and 2 discoveries.

By order of President Ilham Aliyev dated December 14, 2005, the scientist was awarded the "Tereggi" Medal for his services in the development of Azerbaijani science. For fruitful scientific and scientific and organizational activities, he was awarded 3 times with the Certificate of Honor of ANAS, Medals "Honor. Glory. Work "of the International Rating Academy "Golden Fortune".

We congratulate the prominent scientist on his 55th birthday and wish him success in his further scientific work!