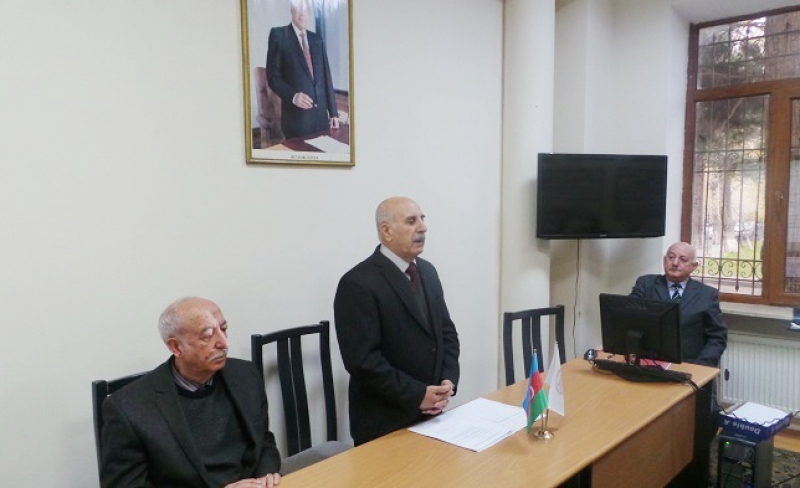 II Special Department of the Presidium held next seminar.

Seminar with participation of Civil Defense headquarters of the institute and organizations of ANAS and commander-in-chief of CD troops was opened by chief department Eldar Guliyev.

Eldar Guliyev recalled that, in April-September 2017 the Department organized seminar sessions and listened reports of scientists on various scientific directions. It was noted that, together with the heads of civil defense headquarters, meetings were held with sanitary groups functioning in the institutes and organizations of ANAS. Training was conducted under leadership of the CD to implement preventive measures to protect against the effects of earthquakes, fires, natural disasters and other emergencies.

He added that, in accordance with the Action Plan of events prepared for 2018, 2nd Department will hold various seminar sessions by the participation of the chiefs of civil defense headquarters of institutes and organizations of ANAS.

E.Guliyev also brought to attention that in 2017, in order to organize and create a Civil Defense, to carry out activities on Civil Defense were carried out inspections in Institutes. Head of the Department gave to the chiefs of staff the appropriate instructions regarding the improvement of the training issues.

Reporting on the preparation of the Action Plan for 2018, the head of the department noted that in the coming days the plan will be approved and sent to scientific institutions and organizations of ANAS.

E.Guliyev also touched upon the importance of replacing old personal protective equipment in academic institutions with new ones and stated that in this connection an appeal was sent to the Academy's management.

Further, reports were heard on the training of the top management of the CD, conducted in November 2017 in the institutes of Microbiology, Catalysis and Inorganic Chemistry, Genetic Resources, Physiology and Architecture and Art.

In conclusion, were considered a number of current issues.