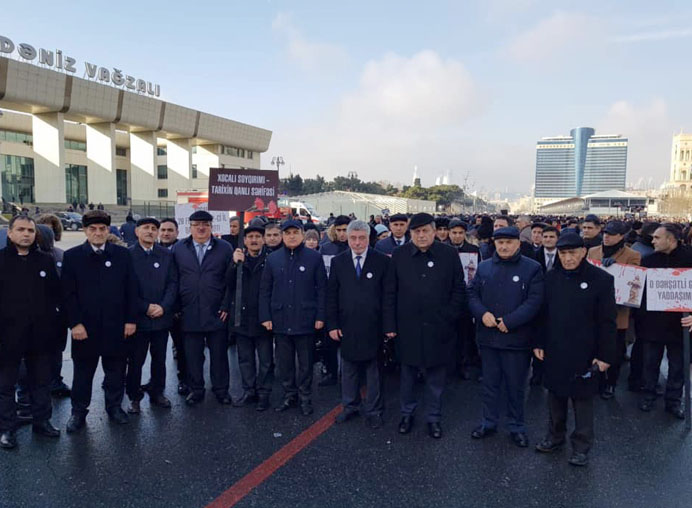 A nationwide march is being held in Baku to commemorate the 27th anniversary of Khojaly genocide on February 26.

The nationwide march, which began from the Azadlyg Square in Khatai district, involves tens of thousands of people. They gathered to pay tribute to victims of Khojaly tragedy and draw the world community`s attention to this crime against humanity, which was committed by the Armenian fascists.

Thousands of young people gathered along the avenues and streets that the marchers are moving.

They hold portraits of innocent victims of the bloody event – slaughtered children, women and elders, signs demanding to bring to account and punish perpetrators of the tragedy and to recognize this genocide at an international level, as well as placards with names and surnames of victims. “The world must recognize Khojaly genocide”, “Justice for Khojaly”, “Do not forget Khojaly”, “No to Armenian fascism”, “Khojaly genocide -27” and other slogans are displayed on large monitors along the streets, and on placards on building walls and balconies ceremonial guard of honor was lined up around the memorial.

Members of the Presidium of ANAS, leaders employees of institutes and organizations also took part in the march.