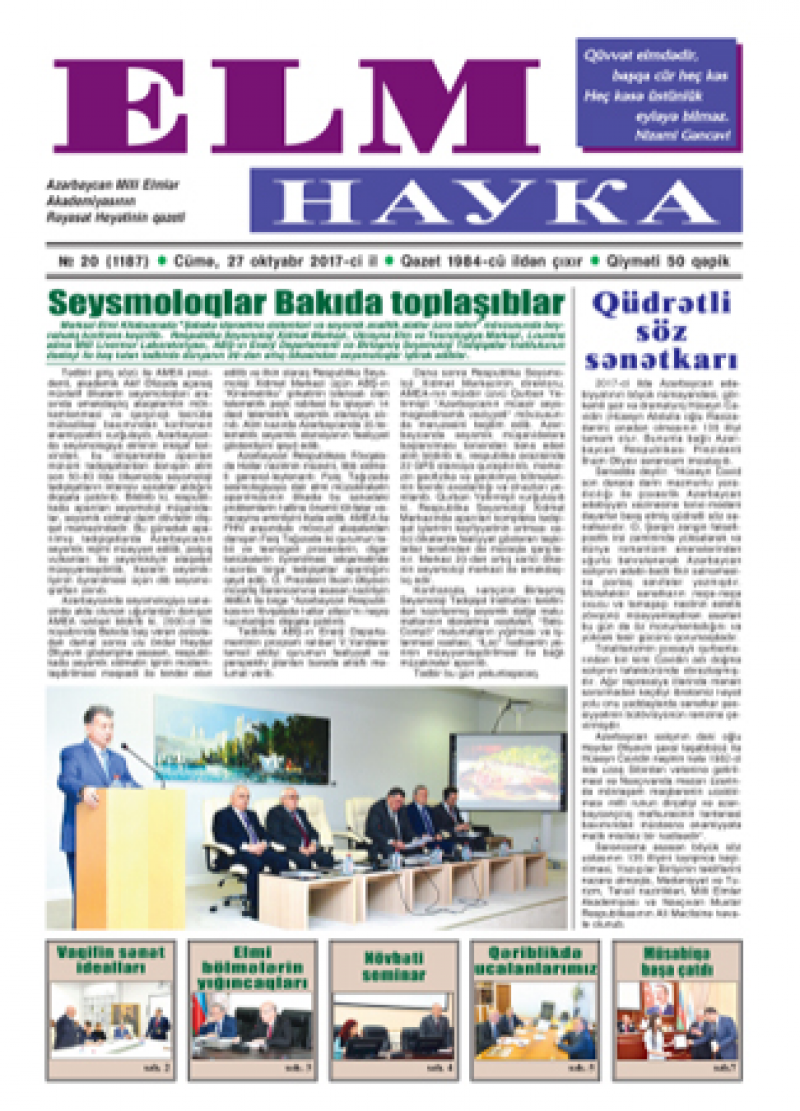 New issue of the newspaper "Elm" has published interesting article

The newspaper covered the materials in connection with the international conference "Network Management Systems and Training in Seismic Analytical Instruments", winners of the grant competition "The Most Dignified Scientist -MDS" of the Science Development Foundation under the President of the Republic of Azerbaijan, the scientific session "Mollah's Ideals of Creativity Panah Vagif and Modernity", the meeting of the Supervisory Board of ANAS High Technologies Park, the general meeting of the Department of Chemical Sciences and the Department of Biological and Medical Sciences, seminar of the Office of Law and Office of Law and Human Resources of the Presidium of ANAS and new publications.

In addition, the new number includes such articles as the "New Information System", "The New Concept of the Periodization of Russian Literature", "Huseyn Javid and the Modern Youth", "Historical Memory and Modern Revival", "Science Leading to Happiness", " Half a century of fruitful scientific creativity"and others.

The newspaper also reflects the article "Friendship passed the test of time", "ANAS - Clarifying Analytics: cooperation deepens", "Javid Philosophy", "Meeting with Firangiz Alizade", "Rothschild’s again in Baku", "Worthy of the title of a Murshid", " On the Revolution or an attempt at self-knowledge "," How many have cut out - so much planted"and others.