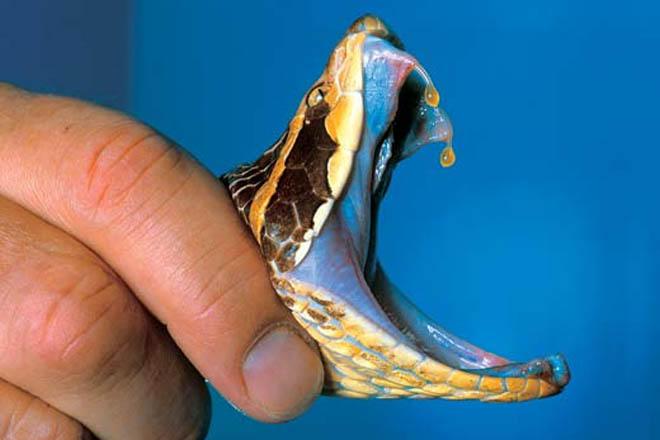 The Turkish company “Marmara Trade” conducts negotiations with Azerbaijan about the export of the poison of the gurza snake, inherited by our country since the Soviet times.

This was reported by the director of the Institute of Zoology of ANAS, Ph.D in Physics and Mathematics, associate professor Elman Yusifov. The scientist said that, after the Soviet era, for the first time in the history of independent Azerbaijan, negotiations were begun on the export of snake venom: "At the moment, we are in the initial stage of negotiations with the Turkish firm Marmara trade". The company will carry out this poison through international laboratory analysis. After receiving the result of the degree of utility of the poison, a transition to the second stage of negotiations will be carried out".

E.Yusifov noted that, Azerbaijan inherited about 20 kg of snake from Soviet times. Director of the Institute, who believes that this is a very large figure, said that the company intends to buy 8-10 kg of this poison.

The scientist added that if the export starts with negotiations with the Turkish company, the Institute of Zoology will raise the issue of restoring the production of snake venom in Azerbaijan for industrial purposes before the Department of Medical Sciences of Biology of ANAS and the Presidium of ANAS.