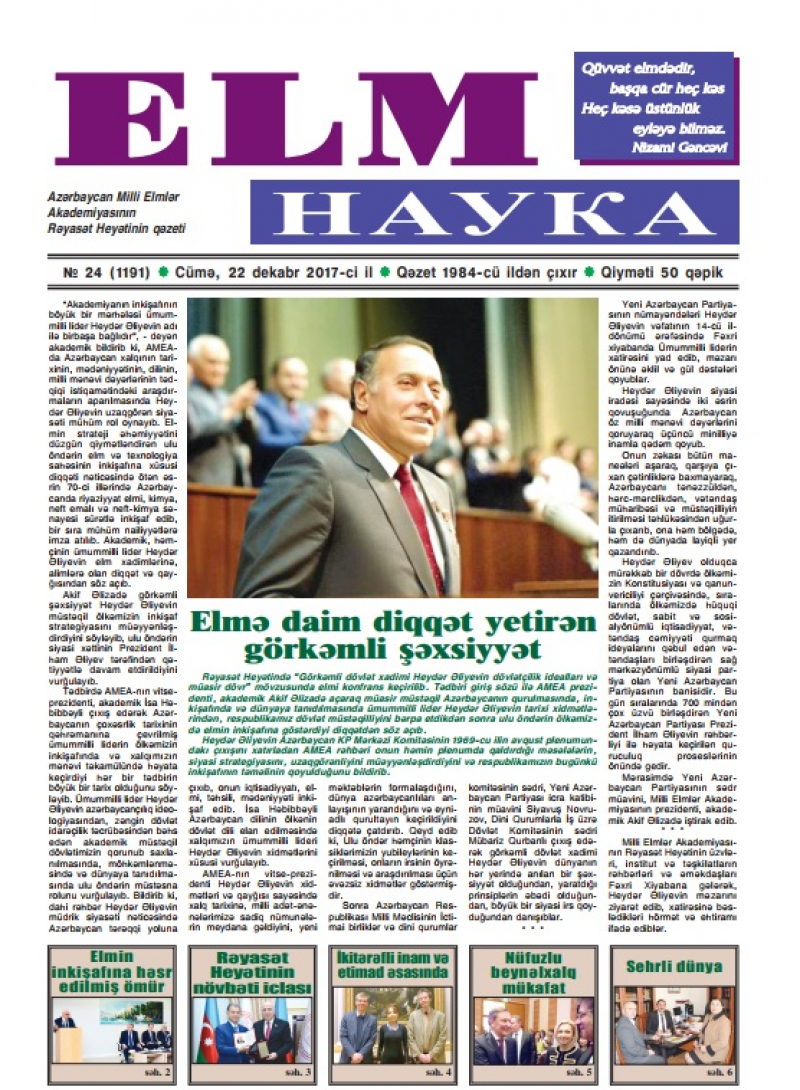 Published the next issue of "Elm" newspaper

The next issue of the "Elm" newspaper, the press body of the Presidium of the Azerbaijan National Academy of Sciences, was published on December 22, 2017.

The next issue includes The next meeting of the Presidium of ANAS, the scientific conference on the topic of "The statehood ideals and modern period of prominent state figure of Heydar Aliyev”, the NASA's female astronaut, member of the “Space Shuttle” crew Heidemarie Martha Stefanyshyn-Piper", Republican Scientific-Practical Seminar "Actual problems of information security", “Scientific Foundations of Azerbaijan Model of Islamic Solidarity”, Vice-President of ANAS, Academician Isa Habibbeyli's participation at 80th anniversary of academician Elizbar Javelidze.

In addition, a number of new articles, such as " On the basis of bilateral trust and confidence"Prestigious International Award” and etc.