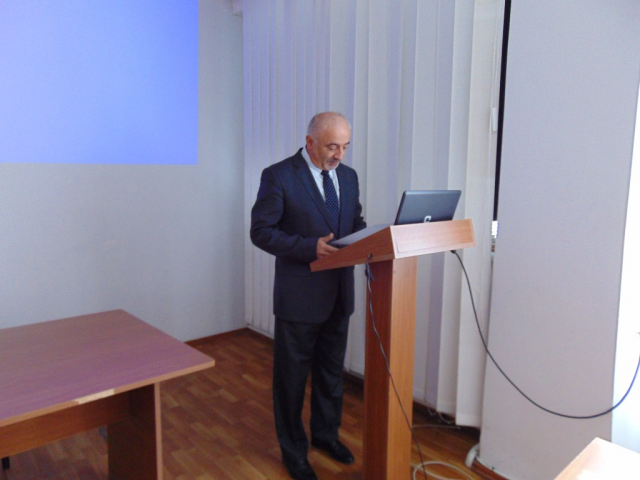 The meeting was also attended by the Scientific Secretary of the Institute of Zoology of ANAS, Ph.D. Sara Aliyeva and Head of Education Department, Ph.D. Ms. Lala Shirinova was appealed to the Higher Attestation Commission on receiving the title of Associate Professor. A number of issues were also discussed at the meeting.

A member of the Commission on the preparation of the "Modern taxonomic cadastre of vertebrate animals spread in Azerbaijan" established on February 7, 2017 at the Institute of Zoology of ANAS, Head of the Zoology Museum, Ph.D. Sabina Bunyatova gave a talk. In the course of the speech, changes in the classification status of animals belonging to different classes of vertebrates have been made in recent years, and the new species included in the fauna of Azerbaijan were mentioned. The taxonomic cadastre data prepared by arthritis, herpetologists, ornithologists and therapists have been compared with the literature of the past 5 years, as well as with modern databases (http://datazone.birdlife.org; http://www.iucnredlist.org; http: // www .catalogueoflife.org) and some controversial questions were discussed.

In the end, the members of the Scientific Council has made a decision.