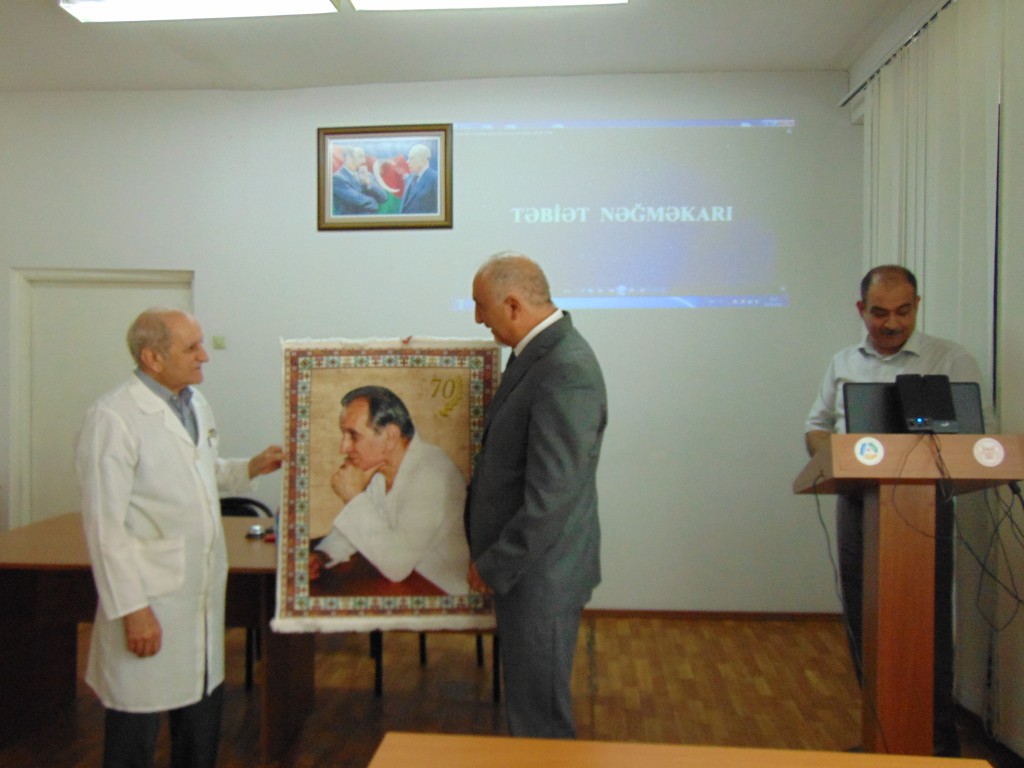 The Institute of Zoology of ANAS hosted an event dedicated to the 70th anniversary of Entomologist, Head of the Applied Zoology Center Barat Ahmedov.

Director of the Institute of Zoology, Doctor of Philosophy in Physics Elman Yusifov opened the event and spoke about his meaningful life and rich scientific creativity.

Then Elshad Ahmadov, deputy director on scientific affairs, doctor of biological sciences, made a report on Barat Akhmedov's life and creativity.

He noted that the scientist had a great deal of work in the preparation of highly qualified scientific personnel, there was three philosophical doctors under his guidance. It was noted that the main directions of the scientist are the study of the bioecological features of agricultural pests and their entomophags and the development of scientific bases for the fight against pests. The results of the bioecological and physiological research carried out by the scientist have been reflected in more than 80 scientific works.

At the end of the jubilee was presented the honorary decree of the Zoology Institute and a portrait carpet.

We congratulate Mr. Barat on the occasion of the 70th birthday and wish him health, success and creative successes in his work!