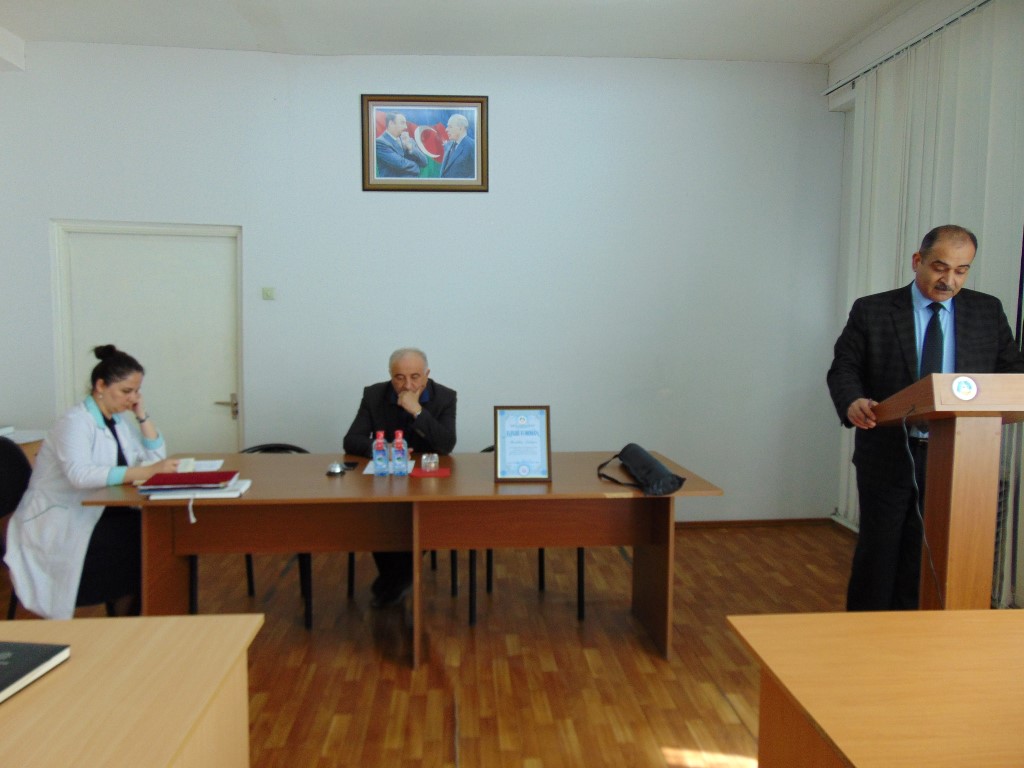 On April 18, 2018, the next meeting of the Scientific Council was held at the Institute of Zoology of ANAS. Opening the meeting, the director of the institute, Elman Yusifov, opened the agenda issues to the members of the Scientific Council. Then Elshad Ahmadov, Deputy Director of Science, Elshad Ahmadov, spoke on the nomination of a candidate for the joint contest of Presidium of ANAS and Trade Unions Confederation for young scientists on the occasion of the 95th anniversary of the national leader Heydar Aliyev, the results of the certification of scientific employees, Head of Education Department Lala Shirinova Information on the results of admission to PhD in Philosophy for 2017-2018 was brought to the attention of the Scientific Council members.