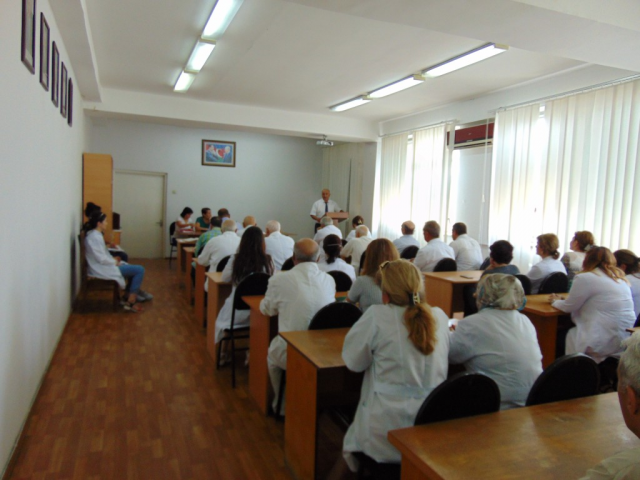 The next report-election meeting of the Trade Union of the Institute of Zoology of ANAS was held today. Chairman of the union, PhD in Biology Barat Ahmedov informed about the actons done over the last 5 years. After listening to Ahmedov's report, new members of the Institute's Trade Union and Inspection Commission were elected.

Chairman of the Trade Union was elected Vusala Narimanova, Head of Public Relations Department of the Institute, Sabina Bunyatova,  Chairmanof the Young Scientists and Experts Council was elected a Chairman of Inspection Commission.

Representatives of the Free Trade Union of ANAS Sitara Bagirova and Shahla Amirova also attended at the meeting.