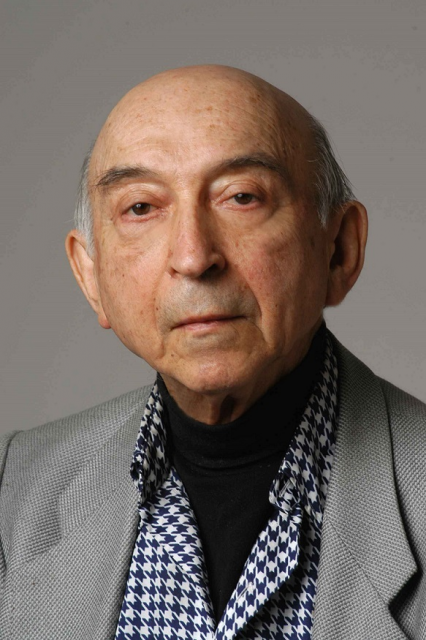 A world-renowned Azerbaijani scientist, founder of fuzzy logic, professor at the California University Lotfi Zadeh passed away on September 6 at 7:30 am California time aged 96.

The world-renowned scientist Lotfi Zadeh was a professor emeritus of computer science at the University of California, Berkeley, and the director of the Berkeley Initiative in Soft Computing.

Lotfi Zadeh was born in 1921 in Baku. There he continued his education in English in a private Presbyterian school in Tehran. After high school, he sat for the national university exams and placed second in the entire country. In 1942, he was graduated from the University of Tehran in electrical engineering.

During World War II, he moved to the US and took a Master's degree from Massachusetts Institute of Technology (MIT) in 1946 and a Ph.D. from Columbia (New York) in 1949, where he began teaching systems theory.

Since 1959, Zadeh has taught at Berkeley, first in the Electrical Engineering (EE) Department where he became Chair in 1963, and later in the Computer Science Division (EECS).

It's a vivid example of how in real life Zadeh shuns abrupt absolute categories that don't take into account life's complexities. It's the same kind of thinking that characterizes Fuzzy Logic, an unorthodox theory which he invented which is impacting computer technology.

Lotfi Zadeh was also credited, along with John R. Ragazzini, in 1952, with having pioneered the development of the z-transform method in discrete time signal processing and analysis. These methods are now standard in digital signal processing, digital control, and other discrete-time systems used in industry and research. He was an editor of International Journal of Computational Cognition.

The last time the world-famous scientist arrived in Baku in November 2008 to participate in the international exhibition and conference of telecommunications and information technologies "BakuTel". Lotfi Zadeh also took part in the event organized in the Presidium of ANAS, in which he was awarded the Honorary Diploma of ANAS for merits in science.

At present, such prestigious companies of Japan as Mitsubishi, Toshiba, Sony, Canon, Sanyo, Nissan, Honda and others use fuzzy technology in the production of photo and video cameras, washing machines, vacuum-chemical cleaners, driving, trains, industrial processes.

Note that, in 1989, for successes in the theory of fuzzy logic in industry Lotfi Zadeh was awarded the highest Japanese award "Honda", which is awarded to Japanese scientists.

Lotfi Zadeh is the only person elected as a lifelong professor at the University of Berkeley.

He was a leading NASA and NATO expert. He also headed the Institute of Information Technologies "İnstitute Zadeh-ZİFT" in the city of Berkeley, in which he lived. For information, we will inform you that Lutfi Zadeh was the second scientist in the world after the German scientist Max Planck, whose name and the name of the theory, during his lifetime, had a scientific center.

Lotfi Zadeh was a member of many foreign academies. He was awarded medals and by numerous honorary societies and foundations. He was an honorary doctor of public organizations and foreign states. The world famous scientist was also elected a member and honorary academician of the National Engineering Academy of the United States, the Russian Academy of Natural Sciences.