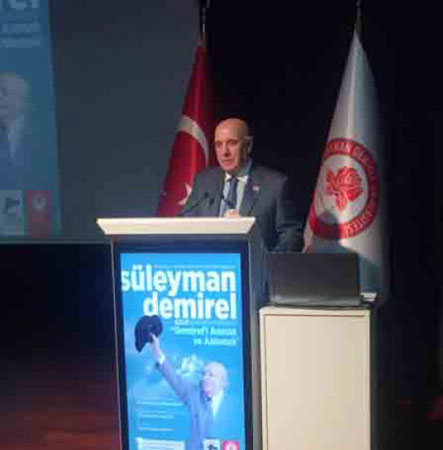 A commemorative event devoted to the second anniversary of notable Turkish politician, 9th president of the Republic of Turkey, Honorary member of ANAS Suleyman Demirel.

At the event, held at the University of Suleyman Demirel located in hometown of an outstanding political and statesman in Isparta, was represented by the Chairman of the Milli Majlis Committee, Academic-Secretary of the Department of Biological and Medical Sciences of ANAS, Academic Ahliman Amiraslanov and MP Shamsaddin Hajiyev.

Then the event continued in the museum, bearing the name of S. Demirel.