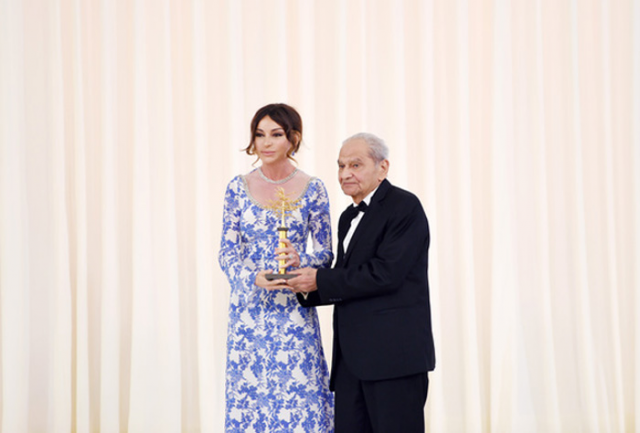 The scientist was awarded a prize for the support given to the projects of the foundation, which is of great importance in the formation of a new generation with high intelligence, as well as active participation in the promotion of universal values in the media.

Then, Academic Vasim Mammadaliyev expressed his gratitude to the head of state Ilham Aliyev and the first lady, Mehriban Aliyeva, for the valuable award.

The scientist noted that Mehriban Aliyeva has an invaluable role in studying and recognizing in the world community the life and work of outstanding personalities of Azerbaijan, promotion of the country's culture in the international arena. He expressed deep respect to Mehriban Aliyeva, who always appreciates the merits of people who work in the field of literature and art of Azerbaijan.