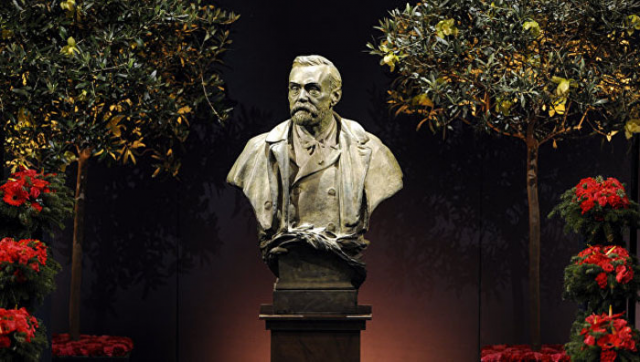 In Sweden awarded the Nobel Prize in 2016

In Sweden, a solemn ceremony of awarding the Nobel Prize in 2016 was held. Nine of the eleven laureates received honorary diplomas and gold medals in Stockholm Philharmonic from King of Sweden Carl XVI Gustav.

Colombian President Juan Manuel Santos was the first Nobel Peace Prize winner of this year. According to the last will of the famous Swedish chemist Alfred Nobel Peace Prize, in contrast to the rest of the awards that bear his name, is awarded in Oslo, not in Stockholm.

The head of Colombia won the award for "resolute efforts aimed at putting an end to more than 50-year civil war in the country." Since 1964, the conflict claimed the lives of 220 thousand Colombians and forced 6 million people to flee their homes.

In his Nobel speech, Juan Manuel Santos said that thanks to this award, "unimaginable dream" of peace in his country will get a new boost. "As a result of this agreement (between the government of Colombia and the guerrillas of the Revolutionary Armed Forces - Ed...) We can say that the Americas - from Alaska to Patagonia - was the ground of the world", - said Santos.

He added that the achievement of peace in Colombia after half a century of bloody civil conflict - it is part of the dream, which in his Nobel lecture in 1982, said a prominent Colombian writer Gabriel Garcia Marquez.

The winners in physics became the Anglo-American scientists David Thouless, Michael Kosterlitz- and Haldane Duncan (United Kingdom) "for the theoretical discovery of topological phase transitions and topological phases of matter."

Prize for Literature was an American poet and singer Bob Dylan "for the creation of poetic images in the great American song tradition." He became the first artist to be awarded the Nobel prize in its history. In mid-November the Swedish Academy informed that Bob Dylan does not come to the award ceremony. Musician sent to the Nobel Foundation address speech in which he thanked him for the award of a high award. It will be read at the banquet after the award ceremony, and the ceremony is an American singer and poet Patti Smith sang Dylan's "A Hard Rains Gonna Fall", which she chose for this event.

The chemistry prize was awarded to Frenchman Jean-Pierre Sauvage, Fraser Stoddart (United States, United Kingdom) and the Dutch scientist Bernard Feringa for the design and synthesis of molecular machines. Scientists have created a molecule whose motion can be controlled.

Award Oliver Hart got in economics from Harvard University (USA) and Bengt Holmstrom from Finland, working at MIT, - for the creation of the theory of contracts.

Recall awards ceremony is traditionally held on the day of memory of Alfred Nobel, who died on December 10, 1896. Since 1901, the award is given to a total of 579 times, it got 881 people and 23 organizations. Five years ago, the Nobel Prize amount was 10 million kronor (1.5 million dollars), but back in 2012 it was reduced to 8 million kroons - "because of the unfavorable economic situation." Due to the weakening of the Swedish krona, this amount this year will be 870 thousand dollars.