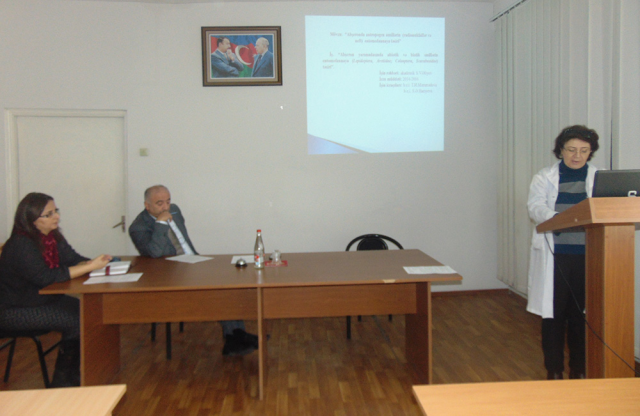 The subjects of the Laboratory of Insect Physiology and Ecology, such as, “The bioecological and physiological characteristics of some economically important golden beetles (Coleoptera, Buprestidae)", "The biodiversity of the long-moustached beetles and Carabids, modern state of the rare and endangered species" and "The bioecology of the aphids, causing damage to the sugar beetroot and their entomophags", as well as, a final report on the subjects, conducted by researches were listened and discussed at the Scientific Council of the Institute of Zoology (ANAS) on 10.11.2016.

The head of the Laboratory of Insect Physiology and Ecology, Ph.D. in Biology, Barat Ahmadov gave information on the work, done within 3 years.

In the end, reports were approved under the decision of the Scientific Council.