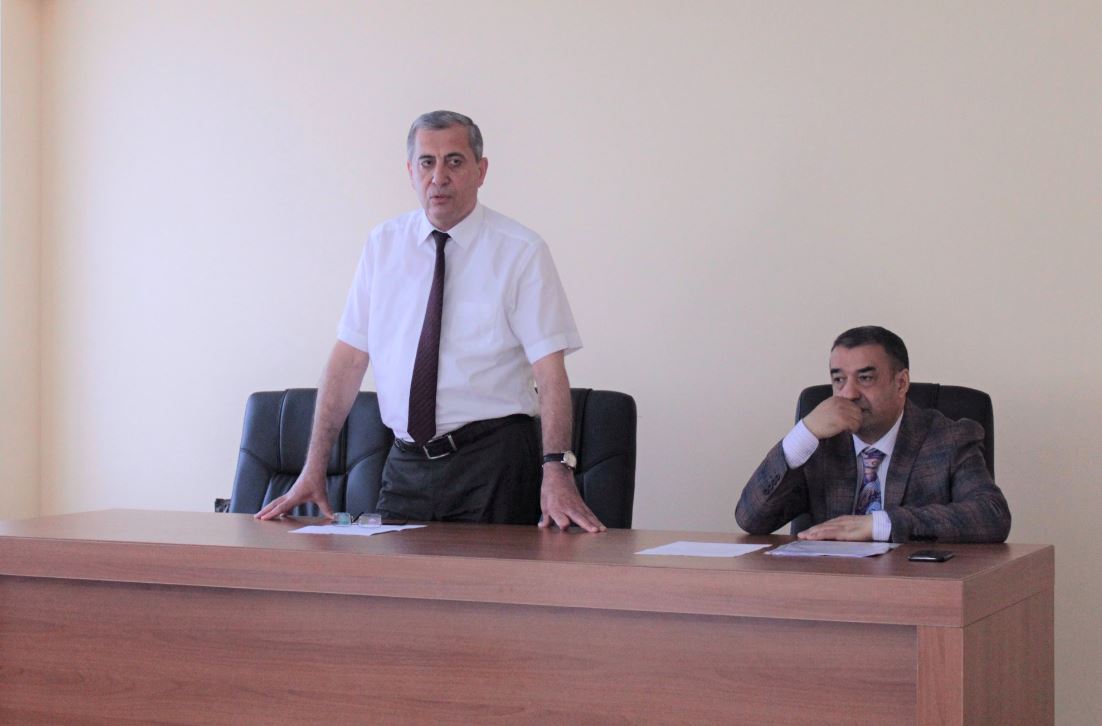 On June 7, 2022, an event dedicated to the Day of Salvation of the Republic of Azerbaijan was held at the Institute of Zoology of ANAS. Opening the event, Aladdin Eyvazov, Acting Director General of the Institute, acquainted the participants with the topics on the agenda of the meeting. Delivering a lecture on topic "Heydar Aliyev is the winner of the struggle for liberation, the savior of the Azerbaijani state," A. Eyvazov said that the actions of some armed groups operating in the country since early 1993, the fratricidal massacre and civil war in Azerbaijan, and the emergence of separatist and divisive tendencies in some regions have led to a plan to end Azerbaijan's existence as a state. During this difficult period of the homeland, Heydar Aliyev, as the chairman of the Supreme Assembly of the Nakhchivan Autonomous Republic, returned to power, showing examples of selflessness in the way of saving this land. On June 15, 1993, Heydar Aliyev was elected chairman of the Supreme Assembly of the Republic of Azerbaijan. Thus, June 15 entered the history of Azerbaijan as the Day of National Salvation.
Then, Hafiz Mukhtarov, chairman of the First Party Organization of the 504th block of the Yasamal district of the New Azerbaijan Party, noted in his lecture on topic "The beacon of salvation of the great victory is the great Heydar Aliyev." On October 3, 1993, as a result of a nationwide vote, Heydar Aliyev was elected President of the Republic of Azerbaijan. By his return to the leadership of Azerbaijan, a turnover took place in the socio-political, social, economic, scientific and cultural life of the country, in international relations, and the process of building an independent state in accordance with scientific principles, international norms and principles had launched.
During the meeting, PhD. Tavakkul Isgandarov delivered a lecture on topic "The second savior who fulfilled the paternal will of the great leader Heydar Aliyev is the Supreme Commander-in-Chief, President Ilham Aliyev", as well as Dr. Gara Fataliyev on "Heydar Aliyev in the role of the savior of Azerbaijan."
Finally, a video dedicated to "Salvation Day" was displayed.