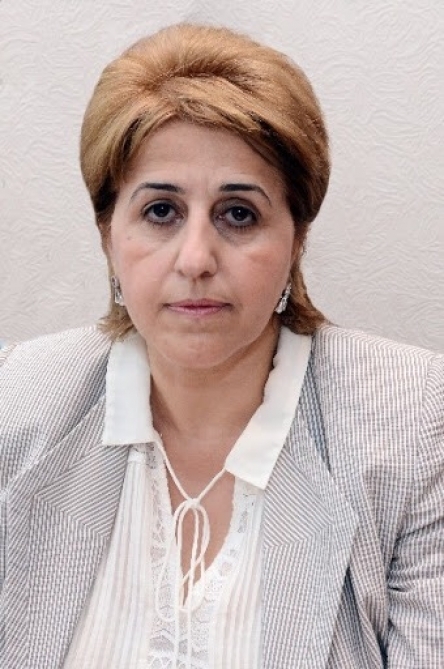 Scientists are preparing for the "Great Return"

The state of Azerbaijan and our glorious army, under the leadership of President, Supreme Commander-in-Chief of the Armed Forces Ilham Aliyev, writes the history of their victory by liberating their native lands of Karabakh from the Armenian occupiers. In his numerous speeches, the President clearly stated the true purpose of this war in a few sentences: "... This is a matter of justice, this is a matter of national pride and this is a matter of international law. International law and the entire international community recognize Nagorno-Karabakh as an integral part of Azerbaijan. We are restoring justice and we are implementing the UN Security Council resolutions that have remained on paper for 27 years. ”

Along with all this, we are also saving the region's valuable biodiversity, which is in danger of being looted and destroyed.

Currently, all the people of Azerbaijan unite around the Supreme Commander-in-Chief Ilham Aliyev as a fist and contribute to the victories of our army on the front. There is no doubt that Armenia's broken military machine will not be able to stand up to such a union. Therefore, today, like our state and people, the scientific community is already rooted in the post-war period. At present, the post-war period is widely discussed at the Azerbaijan National Academy of Sciences.

As we know, the Caucasus, including Azerbaijan, is one of the richest regions of the world's biodiversity, one of the centers of primary formation of most flora and fauna elements, primary and secondary cultivation and domestication of some agricultural plants and animals. The Karabakh region, one of the most important parts of this center, is also distinguished by other underground and surface resources, very ancient history, unique material, and cultural monuments. The existence of the Azikh Cave, one of the oldest human settlements in the world, as well as archeological excavations and ancient architectural samples portraying several thousand years of agricultural culture and statehood traditions, significantly increases the value of the Karabakh region for multidisciplinary research.

One of the factors influencing the nature and direction of the research is the policy of terror and destruction in the territories occupied by the Armenians. They completely destroyed our historical and cultural heritage in the occupied territories in violation of the norms and principles of international law and universal values, gave false names to the settlements, and settled Armenians brought from Armenia and the Middle East in our territories.

President Ilham Aliyev has repeatedly stated that the liberated territories will be completely rebuilt, modern, prosperous settlements and infrastructure will be created, agriculture and various industries will be restored and developed. Of course, there is a lot of work to be done by our science, especially the National Academy of Sciences, in Karabakh, which has entered the stage of reconstruction and development. The history, culture, archeology, ethnography and natural resources, geological and geographical features of the region should be the objects of research. At the meeting of the Presidium of ANAS a decision was made on reorganization of complex researches in these directions. The decision reflected the issue of establishing the Karabakh Regional Scientific Department of ANAS to the General Meeting of ANAS, preparation, and discussion of proposals on the resumption of scientific research in the liberated territories. Of course, all this work must begin with an assessment of the scale of the environmental catastrophe committed by our notorious neighbors in the occupied territories for 30 years.

Azerbaijan is one of the oldest settlements in the world. The word "Karabakh", developed in primary sources 1,300 years ago and referring to a specific place as a historical-geographical concept, was later applied to the vast geographical area of Azerbaijan. The Karabakh zone, created by God as a paradise, is rich of flora and fauna, underground and surface resources, fertile lands, always distinguished by its kahriz and healing springs, healing waters, which are the cure for a thousand and one ailments. There are many valuable species of plants and animals included in the Red Book of Azerbaijan, reserves and sanctuaries, and a wide selection of cultivated plants created by the Azerbaijani people. …..