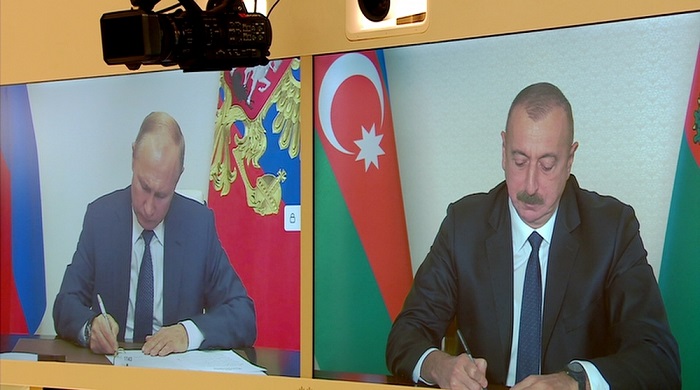 The Republic of Azerbaijan guarantees safety for the movement of citizens, vehicles and cargo in both directions along the Lachin corridor.

7. Internally displaced persons and refugees shall return to the territory of Nagorno-Karabakh and surrounding areas under the supervision of the Office of the United Nations High Commissioner for Refugees.
8. The exchange of prisoners of war, hostages and other detainees, as well as bodies, shall be carried out.
9. All economic and transport links in the region are being restored. The Republic of Armenia guarantees the security of transport links between the western regions of the Republic of Azerbaijan and the Nakhchivan Autonomous Republic in order to organize the unimpeded movement of citizens, vehicles and cargo in both directions. Transport control is exercised by the Border Service of the Federal Security Service of Russia.
Under agreement of the parties, the construction of new transport communications connecting the Nakhchivan Autonomous Republic and the western regions of Azerbaijan will be provided.

President of the Republic of Azerbaijan

Prime Minister of the Republic of Armenia

President of the Russian Federation