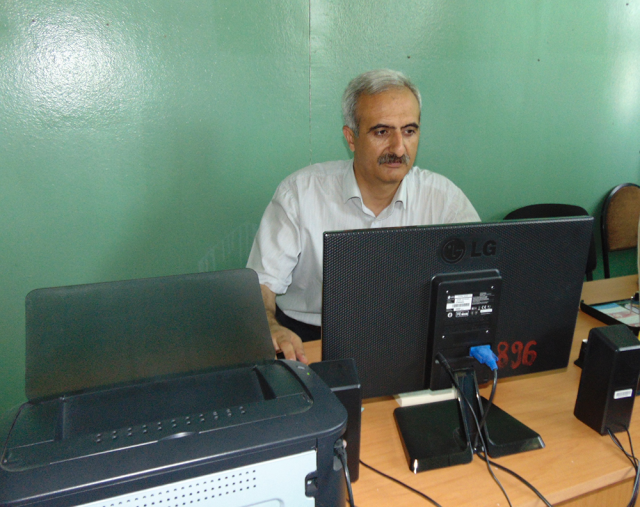 Shukur Avaz Guliyev was awarded the title of “assistant professor” by decree No. 10-k dated on 28 March, 2016 by the Supreme Attestation Commission Under the President of the Republic of Azerbaijan.

Note that Shukur Avaz Guliyev was born in the village of Imamgullar of Shusha region of the Republic of Azerbaijan on 29.11.1968. He was educated at secondary school of the village of Imamgullar in Shusha region in 1985, then he has graduated from the department of Chemistry and Biology (Azerbaijan State Pedagogical University) with honors in 1993. He had done his military service in the capital of the USSR, Moscow in 1987-1989. He began his career as a young scientist, a junior scientific worker at the Laboratory for “Parasites of aquatic animals” of the department of “Parasitology” of the Institute of Zoology (ANAS) in 1993. He did full-time postgraduate study on the specialty of Parasitology at the Institute of Zoology (ANAS) in 1993-1996. In 2003 he defended his Candidate's Dissertation on "Ecological and geographical analysis of fish parasites in water basins of Absheron peninsula" and received his Ph.D. in Biology.He was a founder of Azerbaijan young scientists, post-graduate and Masters' Society and a member of the Presidium in 2004.

He is working as a senior scientific worker at the Laboratory for parasites of aquatic animals of the Institute of Zoology (ANAS) since 2008 till now. His research has been dedicated to the actual issue of Parasitology – the study of fish parasites. Shukur Avaz Guliyev has identified the species composition of fish parasites in water basins of Absheron peninsula. He has also determined 26 species of fish parasites and suggested fight methods against them. For the first time, ecological and geographical analysis of fish parasites in water basins of Absheron peninsula has been given by him. And their epizootological and epidemiological analysis has been carried out. Shukur Avaz Guliyev's 23 scientific works were published.

Congratulations on his success!