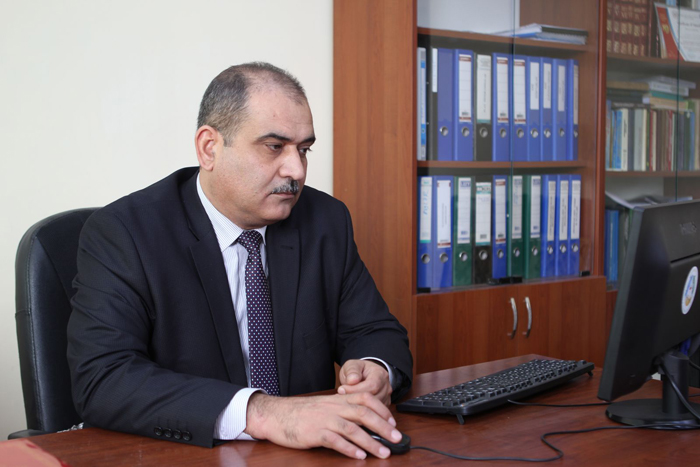 Appointed Acting Director of the Institute of Zoology

Elman Yusifov, director of the Institute of Zoology of ANAS, PhD in physics, associate professor has been dismissed at his own request. The position of director of the Institute is temporarily assigned to the deputy director for science, Doctor of Biological Sciences, Associate Professor Elshad Ahmadov. The decision was made at the meeting of the Presidium of ANAS on January 9, 2020.

Note that Elshad Ahmadov was admitted to the Faculty of Biology of Baku State University in 1990 and during his studies he worked at the Institute of Zoology of ANAS as a laboratory assistant. He received his PhD in biology in 2000 and a doctorate in biology in 2014

Ahmadov's research object was the study of parasite-owner relationships, which is one of the pressing issues in parasitology. He is the author of 99 scientific works and 1 patent.