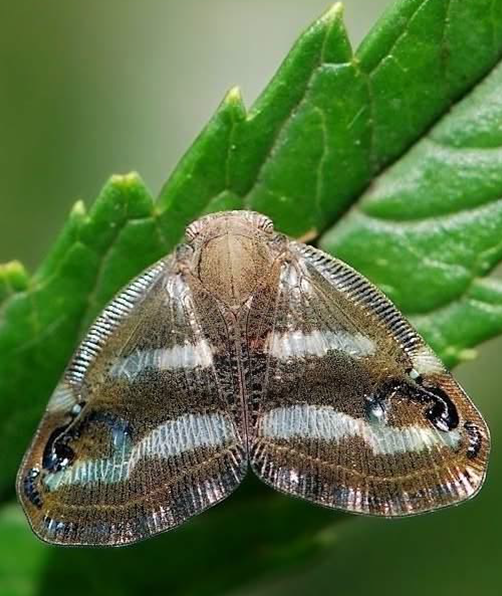 Gulnaz Ismailova, a scientist of the Applied Zoology Center at the Institute of Zoology of the ANAS, discovered two new species for the Azerbaijani fauna during an expedition to the north-west and northeast of the republic to study pests of mulberry. One of the pests is the Ricania simulans (Walker, 1851) (family-Ricaniidae) dragonfly, which has not yet been registered in Azerbaijan. It is assumed that the pest has penetrated to the north-west regions from Georgia and to the north-east regions from the Russian Federation territory. This species, which is home to Japan and China, is widespread in Korea, Taiwan, Russia, Ukraine and Georgia. R. rimulans are polyphagous, and nymphs and adults in the areas where they are spread are infected with juices of almost all agricultural plants and cause serious harm to them. Despite its registering recently in the Azerbaijani fauna, its observation in the large population density on figs, hazelnuts, lettuce, blackberries and some vegetable plants as well as on mulberry suggests that R. simulans will further expand the food spectrum and become a major threat to the vegetation of our republic as in neighboring countries. For this reason, studies are ongoing on the bioecological features of the species, their trophic relationships and the identification of natural enemies in Azerbaijan. In addition, the second new species for the Azerbaijani fauna discovered by the researcher is Aleuroclava aucubae (Family- Alyrodidae). This species was first recorded on a mulberry plantation in the territory of Baku and Gakh Pedigree Silkworm Breeding Station.