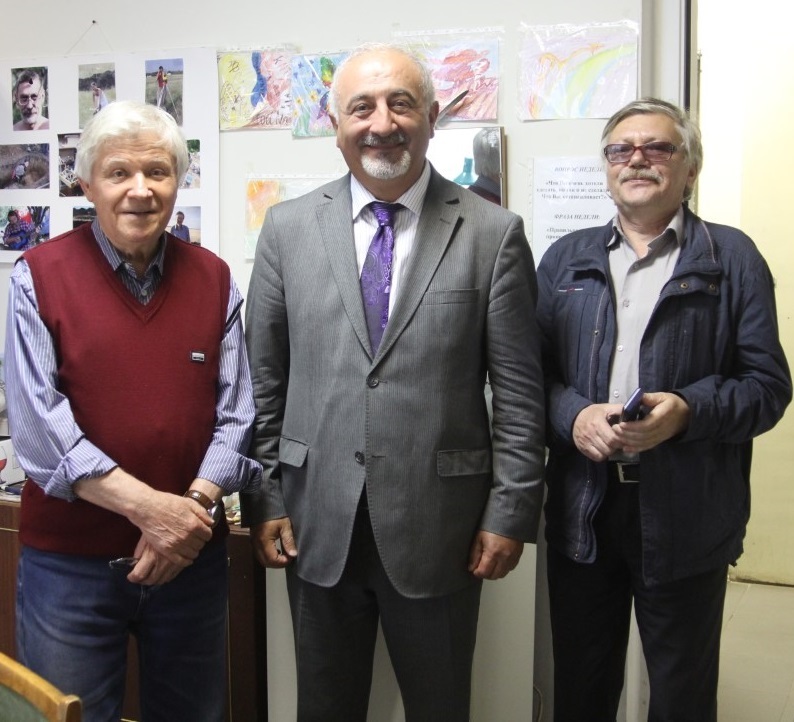 Joint researches agreement was signed between the Institute of Zoology of ANAS and Chelyabinsk State University. The main goal is the further expanding the institute's multidisciplinary research. It is planned to carry out joint researches between Archaim preserve museum of Bronze Age, Gobustan historical and art reserve, Institute of Zoology and Archeology of ANAS. The creation of both historical and artistic preserves coincides with the same period and they are situated in the same landscape. However, despite the great distance between them, scientifically-paleozoological researches are planned in both settlements. The study of morphological indicators of the inhabitants of the Great Silk Road and the wild animals found in those settlements, and the comparative study of the lifestyle of those inhabitants are planned. Director of the Institute of Zoology of ANAS, Doctor of Philosophy in Physics Elman Yusifov has met with prominent archeologist, deputy director of Archaim historical-cultural preservation under the Chelyabinsk State University, Doctor of Historical Sciences G.B. Zdanovich. During the meeting, an agreement was reached to conduct a workshop on comparative palaeozoology researches in the Bronze Age settlements in Baku in October of the current year.