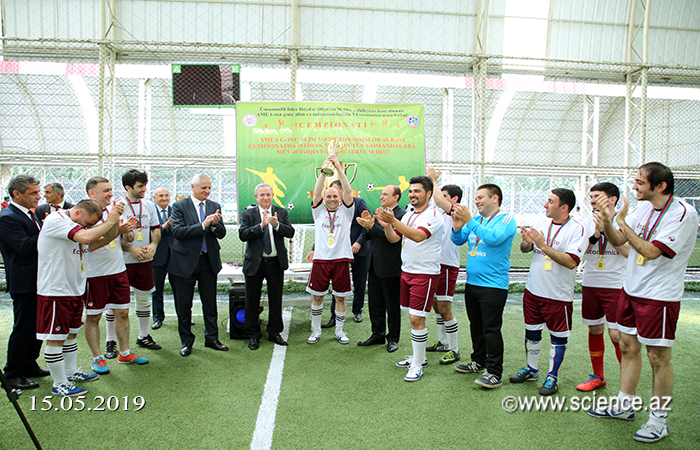 Academician Dilgam Tagiyev spoke about state care for the development of sports in Azerbaijan. He said that the championship dedicated to the 96th anniversary of national leader Heydar Aliyev has become traditional and has already been held for the sixth time.

Then, the chairman of the Council of Young Scientists and Specialists, PhD in Physics, Associate Professor Famin Salmanov spoke about the championship. He said that 16 teams from various institutes and organizations of the Academy participated in this championship and were managed by AFFA's professional judges.

Then the winners were rewarded.

Members of the winning teams were also awarded diplomas and prizes.