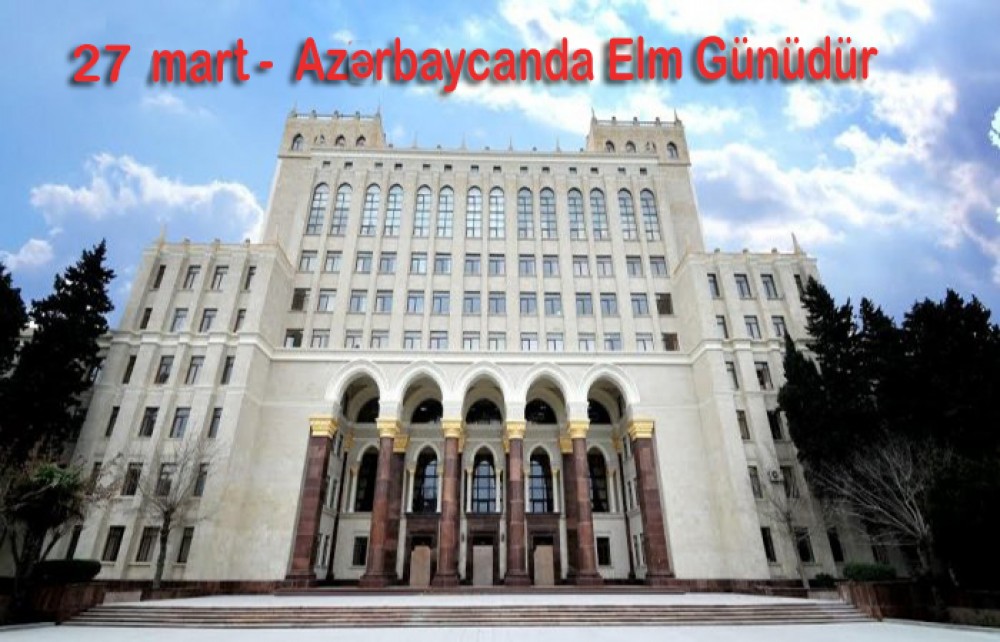 Azerbaijan celebrated Science Day on March 27 for the first time. It is a holiday of all who engaged in science and in general of the Azerbaijani scientific community.

On April 9, 2018, AR President Ilham Aliyev signed a decree on establishing the "Science Day" in the Republic of Azerbaijan, taking into account the importance of science in the development of society. This date is of particular importance for the country, since it coincides with the date of foundation of ANAS.

Academy of Sciences has enormous achievements in the development of various spheres of life in the republic, the formation and strengthening of public opinion, and the struggle for state independence. With the creation and activities of the Academy of Sciences of the Azerbaijan SSR in 1945, our people have achieved great success in the field of science. The difficult and glorious path traversed by the Academy is a great historical stage in the development of our science, as well as an important indicator of the scientific and social movement, cultural and technical processes that demonstrate the broad possibilities of science. The 20th century is a special stage in the systematic development of science in our country.

The national leader highly appreciated the honorary path taken by ANAS as a great page in the history of the Azerbaijani people: “We have had a significant science in our centuries-old history. However, Azerbaijani science has never been so organized and so powerful, strong, and multifaceted. The Independent Academy of Sciences of Azerbaijan unites all scientific potential and demonstrates to the world what our people are capable of in the field of creativity”.

During the years of independence, Azerbaijan has consistently carried out reforms in the direction of the development of science. As a result, the structure, management and organizational system of ANAS were significantly improved, and considerable work was done to coordinate the activities of scientific institutions. The Presidium of the Academy has become an intellectual center, where the most relevant scientific, scientific, innovative and organizational issues are discussed at a professional and interdisciplinary level.