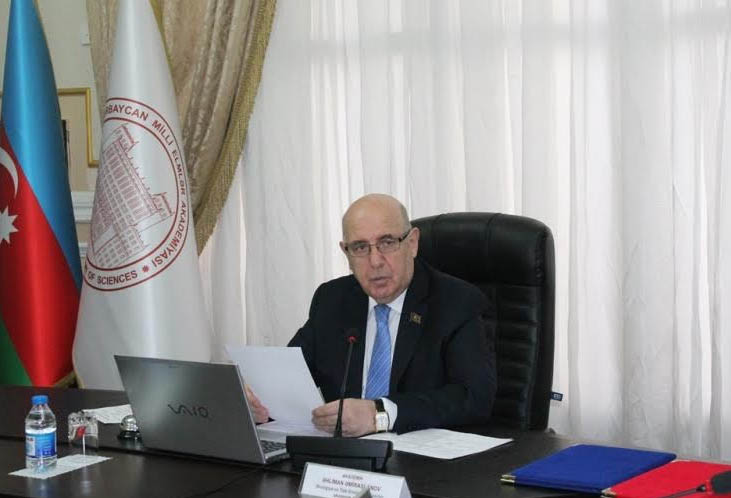 Division of Biological and Medical Sciences held next meeting

Academician Ahliman Amiraslanov informed the participants on the issues on the agenda. Further, the report on “Research and correction of psycho-physiological indicators of air traffic controllers” by corresponding member of ANAS Arif Mammadov was listened.

At the general meeting, the research plans of the scientific institutions of the department for 2019 were discussed and a decision was made. The next decision concerned the creation of a joint laboratory of the National Cancer Center and the Institute of Biophysics of the Academy of Sciences.

The meeting also has adopted the decision on the publication of the monograph on “Physiological and biochemical adaptation of C3 and C4 plants to drought stress” by employees of the Institute of Molecular Biology and Biotechnology, as well as approving the editorial staff of the scientific journal Plant & Fungal Research of the Institute of Botany.

Next, the participants discussed the issue of a “Scientific Report on Biologically Active Substances of Fungal Origin: Major Producers, Synthesis, Applications and Prospects” and on the scientific and scientific-organizational activities of the Division of Biological and Medical Sciences of ANAS in 2018.

In conclusion, a number of personnel issues were considered.