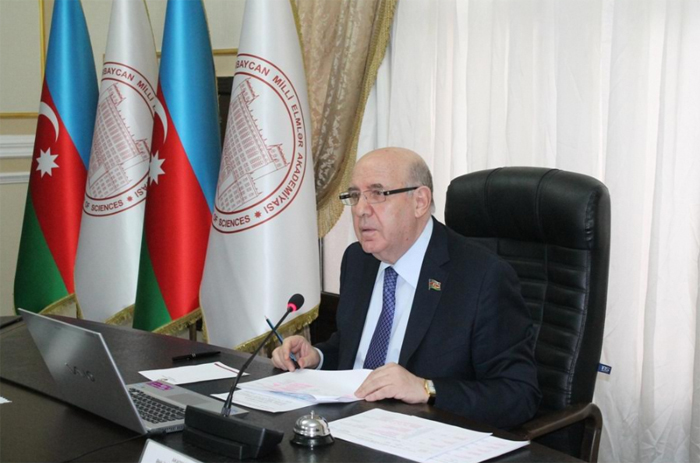 Bureau meeting of Biological and Medical Sciences has been held

On February 11, the next Bureau meeting of the Division of Biological and Medical Sciences (DBMS) of ANAS was held.

Priority scientific directions of DBMS were discussed during the event. Academician A. Amiraslanov noted in his speech that important measures have been taken to introduce innovative ideas in the scientific and organizational activities of the unit and to improve the level of scientific research work and these works should be intensified.

Later, information on the results of admission to doctoral studies and studies in 2019 were considered. It was noted that 20 students became to study doctors, 15 to study PhDs.

It was decided to celebrate Elshad Ahmedov’s 50th and Tofig Garagozov’s 70th anniversaries.

At the meeting, the sides exchanged views on the issues of the several scientific institutions entering the division, and the relevant decisions were made.