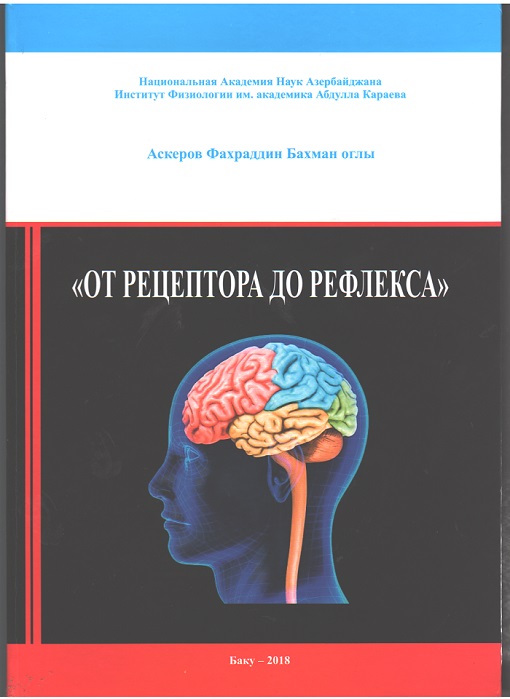 "From the receptor to the reflex" monograph of professor F.B. Askerov has been published

titled "From receptor to reflex" by Professor Fakhraddin Bahram  Askerov, Doctor of Biological Sciences, head of the "Morphofunctional plasticity of cells" laboratory of the Institute of Physiology n.a. academician Abdulla Garayev of the ANAS has been published. The monograph is devoted to one of the most pressing issues of biomedicine - the role of nutrition as one of the factors of the biotic circulation, which is directly involved in the formation of peripheral and central mechanisms of exchange reflexes, as well as in the implementation of targeted motivational-emotional and conditioned-reflex reactions in living systems of organisms.

The monograph consists of 6 chapters. The first two chapters are devoted to general concepts of receptors, their functions and reflexes. The third chapter tells about the role of the relationship of dominant, motivation and emotions in the formation of conditioned-reflex activity of animals. The fourth chapter presents the results of studies of the evolutionary role of food in the biotic circulation and the formation of integrative brain activity. The fifth chapter contains information about the peripheral and central links of the mechanism of exchange reflexes. The sixth chapter summarizes the data on the evolving role of food composition in the formation of mechanisms at the level of the central nervous system of the neurohumoral regulation program of adaptive - the "structural trace of adaptation.