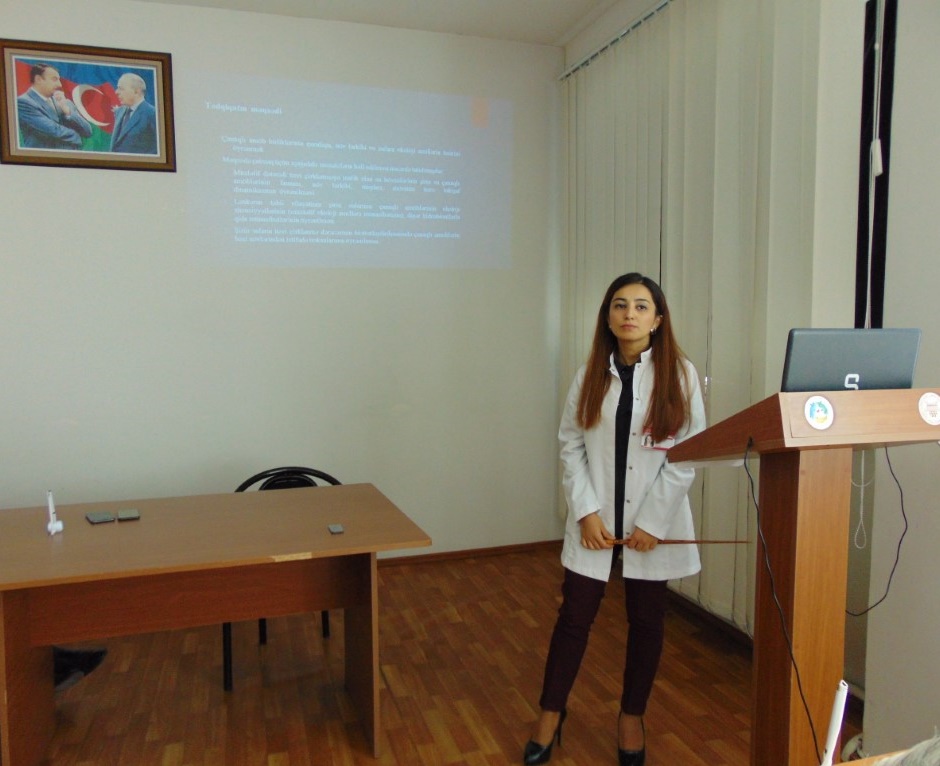 The next scientific seminar was held at the Institute of Zoology

Scientific worker of the Protozoology Laboratory of the Institute of Zoology of ANAS, Elyana Tahirova made a report on the subject "Lubricants (Testacea) fauna of sweet water basins of Lankaran natural region and distribution of species in different biotopes". The researcher reported on the location of the pelvic system, the biodiversity of the pelicans of the freshwater basins of the Lankaran natural region, the frequency of plankton, periphyton and benthic species, dominant species. As a result of her research, 126 species of 11 families were recorded. One of them (Difflugia alekperovi Snegovaya and Tahirova, 2015) has been reported for three species of the Caucasus fauna (Difflugia microclaviformis Kourova, 1925, D.petricola Cash, 1909, Difflugia biconcava Ertl, 1964) for the first time.