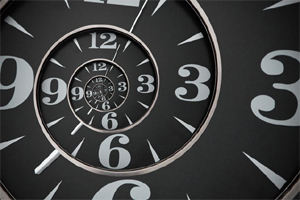 The Cryogenic Sapphire Oscillator is one of the most precise clocks ever invented -- and it's not just keeping time, it's keeping Australia safe.

Researchers at the Institute for Photonics and Advanced Sensing (IPAS) in Adelaide, Australia in conjunction with Cryoclock, have, for the past 20 years been working on developing the Oscillator which they have dubbed the "Sapphire Clock."

It is 1,000 times more precise than any other commercial system currently available and ticks 10 billion times per second. The "cryogenic" in the device's real name comes from the 1,200-carat sapphire crystal that needs to be cooled to minus 267 degrees Celsius (around 449 degrees Fahrenheit) -- only a few degrees above absolute zero.

The idea to harness the amazing properties of sapphire came from Andre Luiten, director of IPAS, during his PhD project before moving to Adelaide in 2013.

Accuracy in timing is an important aspect of electronics systems we use every day, such as GPS. However, the chief application of the Sapphire Clock would be to upgrade the sensitivity of radar signalling in JORN, an over-the-horizon radar network that acts as an early warning system in Australia's defence capabilities.

The radar network plays a role in Australia's ability to detect foreign threats by air or sea by broadcasting a signal that is reflected of a foreign object and then detected by a receiver back on land in Australia. The more "pure" that signal is, the better capacity the radar network has to detect smaller, slower objects at greater distance.

"The sensitivity to detect objects at great distances depends on the purity of the reference clock frequencies. Our Sapphire Clock would allow JORN to generate signals that are 1000 times purer than its current technology," said Luiten.

Beyond improving JORN's capabilities, Luiten also sees the Sapphire Clock providing other uses in the future.

It's an impressive scientific achievement and one that saw the research team take out the 2018 Defence Science and Technology Prize for Outstanding Science in Safeguarding Australia award at the Australian Museum Eureka Prizes on Aug. 29. The annual awards event rewards scientific excellence across research and innovation, in addition to science engagement and education.

More impressive? The clock is one of eight currently built and operational. Two will be shipped out to JORN, but two remain in the University. A new "next generation" unit, half the size of the original, is now the focus of more experimentation.