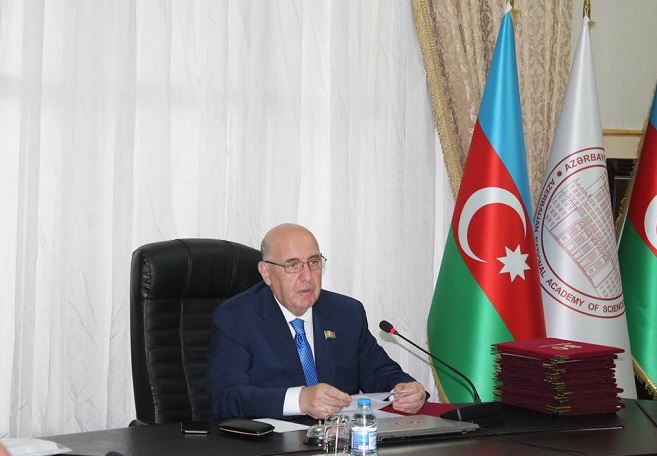 The next meeting of the Department of Biological and Medical Sciences of ANAS was held on July 6.

Academician-secretary of the department, academician Ahliman Amiraslanov, bureau members, heads of scientific institutions and others attended the event.

Academician Ahliman Amiraslanov opened the meeting and informed about the issues on the agenda.

Then, scientific-organizational issues were considered.

First, the elections of the deputy secretaries and members of the bureau were held. According to the results of the poll correspondent members of ANAS Zeynal Akperov and Nuru Bayramov were elected deputy secretaries, and the new composition of the Bureau was determined. The section decided to submit to the Presidium of ANAS for approval of the results.

At the end a number of business trip and personnel issues were considered.