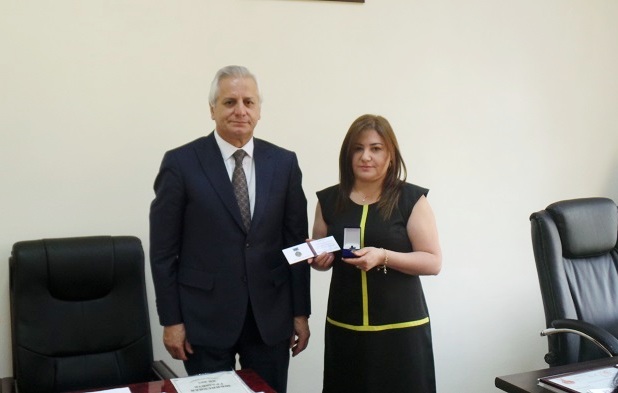 The next meeting of the Presidium of the Free Trade Union of ANAS was held.

Opening the meeting, Doctor of Law, Professor Habil Gurbanov, informed the participants about the issues on the agenda.

He noted that chairmen of trade unions of several scientific institutes of ANAS were awarded with "25th Anniversary badge of Azerbaijan Trade Unions Confederation" for their effective activity.

Tahir Orujov, the chairman of the Trade Union Organization of the Folklore Institute, was awarded the jubilee diploma of the Commonwealth of Independent States Confederation.

At the meeting, member of the Presidium of the AFTU, Abuzer Alekperov was awarded honorary decree on the occasion of the 65th anniversary.

At the end a number of current issues were discussed.