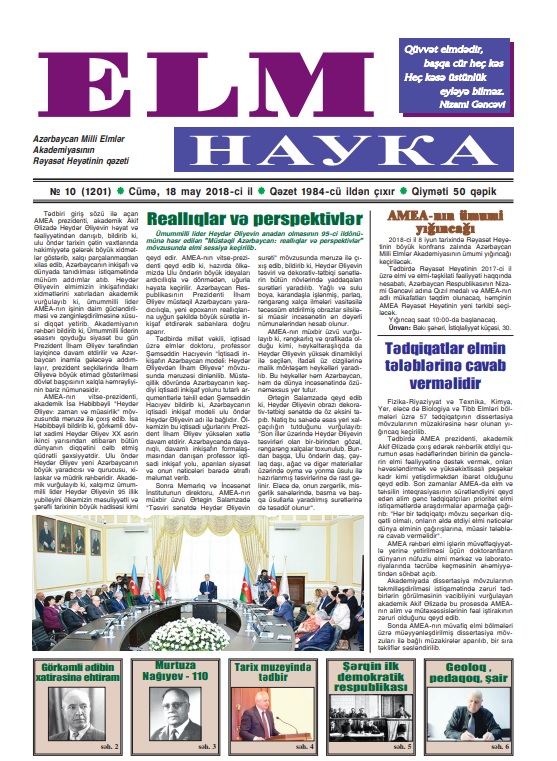 The next issued of the Elm newspaper contains interesting articles

The next issue of the Elm newspaper, the press body of the Presidium of the Azerbaijan National Academy of Sciences, was published on May 18, 2018.

The scientific session on the theme "Independent Azerbaijan: Realities and Prospects" dedicated to the 95th anniversary of National Leader Heydar Aliyev in ANAS, the next meeting of the Presidium of the Academy, Land Management: Achievements and Modern Challenges ", an event dedicated to the 110th anniversary of prominent writer and literary critic Mir Jalal Pashayev at the Institute of Literature," Interactive open lesson "on the Earth's artificial satellites in the Nakhchivan Division and other materials are covered.