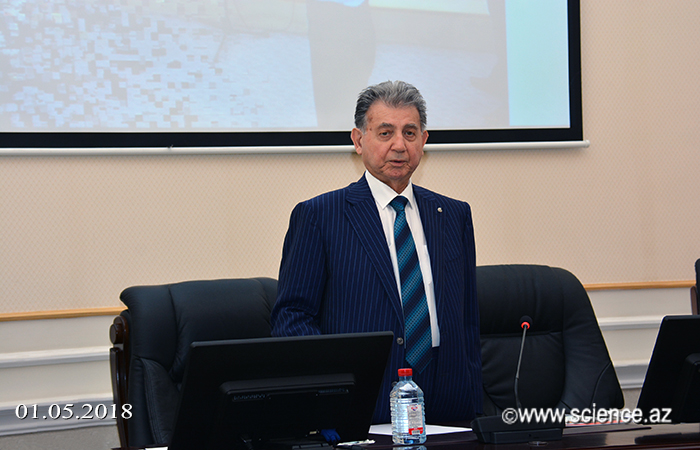 The meeting was held today at the main building of ANAS to discuss the work to be done in connection with the high level organization of the III International Science Festival.

Speaking at the event, academician Akif Alizadeh noted that the festival is going to be held for the third time and it is important for the Festival to determine the future priorities of the Azerbaijani science and achievements in the last five years to the world community.

"Promoting modern knowledge and engaging young people in scientific research is one of the main goals of the festival," said the scientist, urging all institutions and organizations of the academy to take an active part in this important event and to deliberately present the latest scientific and innovative achievements. . The head of ANAS emphasized the importance of preparing the Working Group for consistent and effective implementation of these measures.

Director of the Scientists House, PhD in history Nurida Guliyeva expressed confidence that the Science Festival will play a great role in introducing new scientific technologies and innovations of ANAS, popularization of knowledge and innovations, and the formation of interest in science in the younger generation. He noted that the festival will be held in different cities of Azerbaijan, as part of the event, scientific tours to several museums, technoparks and other places will be organized.