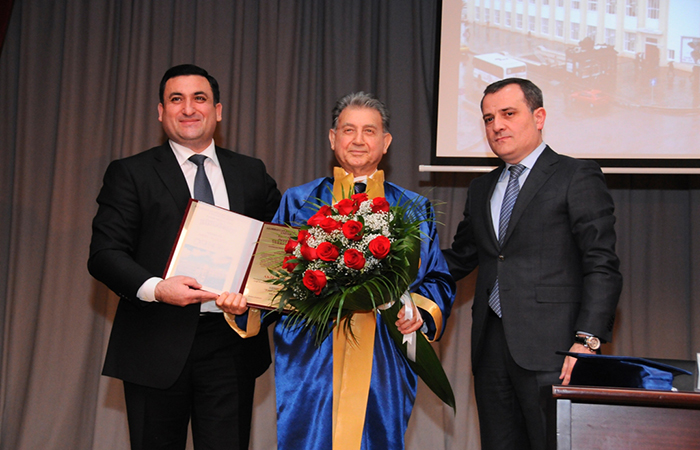 The rector of the University, Professor Mustafa Babanli, made a speech at the meeting, which was attended by the Education Minister of the Republic of Azerbaijan Jeyhun Bayramov, members of ANAS, and the professor-teaching staff of ASOIU. President of ANAS, academician Akif Alizade is a prominent scientist of Azerbaijan, the organizer of the scientific-technical progress and comprehensive development of education in our country, the rector of the University, M.Babanli lined out.

Then, academician Akif Alizadeh, president of ANAS, recalled the years he was studying at ASOIU and said that university teachers had a great deal of work. Expressed his gratitude for the words spoken about by the academician. Emphasizing Azerbaijan’s enterance to a new stage in the development of science and education at present, President of ANAS characterized the formation of a highly intelligent youth in the modern era as one of the challenges ahead.