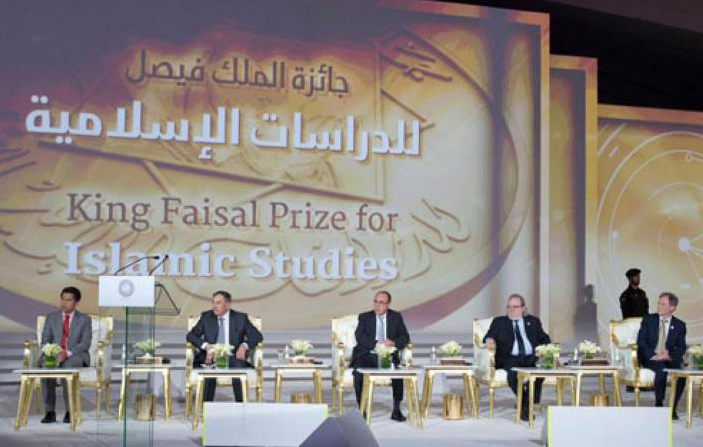 Launched by the King Faisal Foundation (KFF) and granted for the first time in 1979, the King Faisal Prize (KFP) recognizes the outstanding works of individuals and institutions in five major categories: Service to Islam, Islamic Studies, Arabic Language and Literature, Medicine, and Science. Its aim is to benefit Muslims in their present and future, inspire them to participate in all aspects of civilization, as well as enrich human knowledge and develop mankind. KFP winners are evaluated only based on merit and their works are meticulously examined by specialized selection committees.

Since its inception in 1979, the King Faisal International Prize (KFIP) has been honoring excellence in Service to Islam, Islamic Studies, Arabic Language & Literature, Medicine, and Science.

The Islamic Studies prize was given to Jordanian professor Bashar Awwad for the broad historical and geographical view in editing studies of Hadith and historical scholars.

Professor Chokri Mabkhout of Tunisia was awarded the prize for Arabic Language and Literature. Mabkhout was noted for his originality in the treatment and analysis of Arab biographical themes.

The prize for Medicine was given to Professor James P. Allison for his outstanding contribution to the development of the field of immunotherapy of cancer.

University of Oxford’s Professor Sir John M. Ball was awarded the prize for Science for his fundamental and groundbreaking contributions to nonlinear partial differential equations, the calculus of variations, and dynamical systems.

In attendance at the ceremony in Riyadh’s Prince Sultan Grand Hall was Makkah Governor Prince Khaled Al-Faisal, who is an advisor to the king and the CEO of the King Faisal Foundation. He was joined by members of the selection committees as well as scholars, intellectuals and media figures.