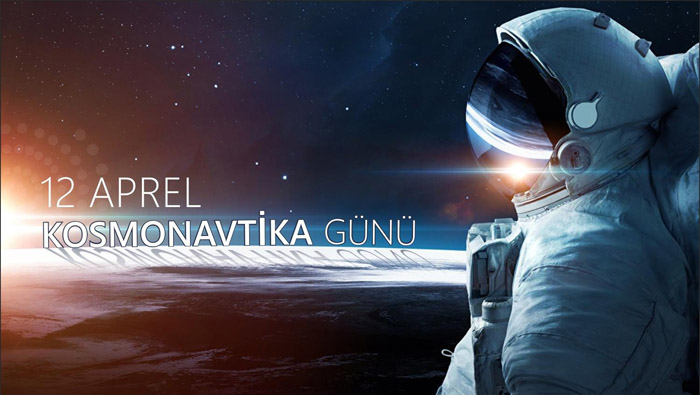 It has been 57 years since the first human space flight

Today, the world marks the Day of Aviation and Cosmonautics. Exactly 57 years ago, on April 12, 1961, the first human spaceflight took place. Yuri Gagarin became the first man to conquer space.

Among people who have developed cosmonautics the Azerbaijani scientist Kerim Kerimov takes a special place. He took an active part in the development of spacecraft and sending the first man into space. It is no coincidence that Kerim Kerimov was awarded the highest order of the former USSR following the successful completion of the first cosmonaut Yuri Gagarin's historic flight into space.

Today, the development of space industry is considered one of the main priorities in Azerbaijan. The foundation for development of the space industry in Azerbaijan was laid by the national leader Heydar Aliyev. Thus, the South-East Center for explorations of natural resources was created in 1974 in Baku, which received and processed space data using special space equipment. The same year, the Exclusive Space Instrument Engineering Design Bureau for carrying out space research activities was established under Azerbaijan National Academy of Sciences.

In August 2009, the President of the Republic of Azerbaijan Ilham Aliyev signed a decree “On approval of the State Program on establishment and development of space industry in the Republic of Azerbaijan”, which marked a new stage in the development of the space industry in the country. On 3 May 2010, President Ilham Aliyev signed a decree “On creation of Azercosmos Open Joint Stock Company under the Ministry of Communications and Information Technologies” for the launch into orbit, operation and exploitation of telecommunication satellites.

On 8 February 2013, Azerspace-1, a telecommunication satellite operated by Azercosmos OJSC, was launched into orbit from Kourou, the Space Center of French Guiana in South America. The satellite is intended for carrying out television and radio broadcasting, providing telecommunications services, as well as providing platforms for high-quality and sustainable communications that meet the requirements of corporate and government customers.

In the future, Azercosmos, which was transferred to the subordination of the Cabinet of Ministers by the order of the head of state dated October 17, 2017, along with widening the range of services, expanding geography of activities and attracting new customers, will carry out activities aimed at meeting the growing demands in the field of network services and providing efficient services in Europe, Central and South-West Asia, Middle East and sub-Saharan Africa countries with the use of Azerspace-2 satellite, the launch of which is scheduled for May 25, 2018.