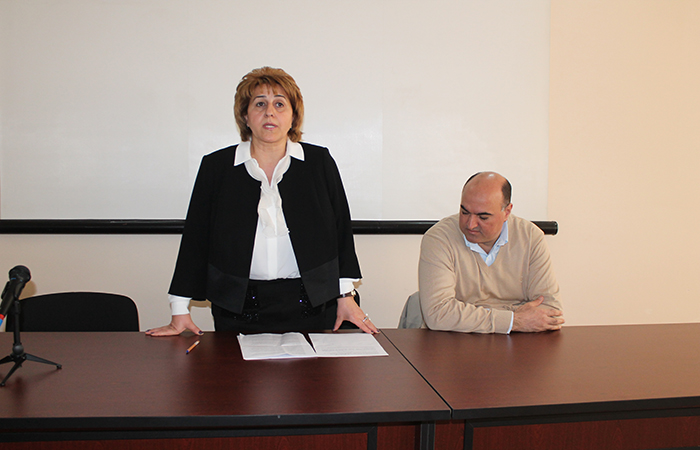 An event was held at the Institute of Molecular Biology and Biotechnology of ANAS on the 100th anniversary of the 1918 genocide of Azerbaijanis.

Firstly, the victims of the genocide were commemorated with a minute of silence.

Director of the Institute, acad. Irada Huseynova said mass bloody massacres were a manifestation of the Armenians' two-year defensive policy against our people. Speaking about the bloody tragedies committed by Armenians in Baku, Guba, Shamakhi, other cities and regions in March-April 1918, the director of the institute noted that the enemies killed ten thousand innocent people during the events and ruined villages, towns and cities.

Academician I.Huseynova noted that on the initiative of national leader Heydar Aliyev for the first time this bloody incident was given a political and legal assessment.

Other speakers at the event talked about the historical roots of the genocide committed by Armenians against the Azerbaijanis.