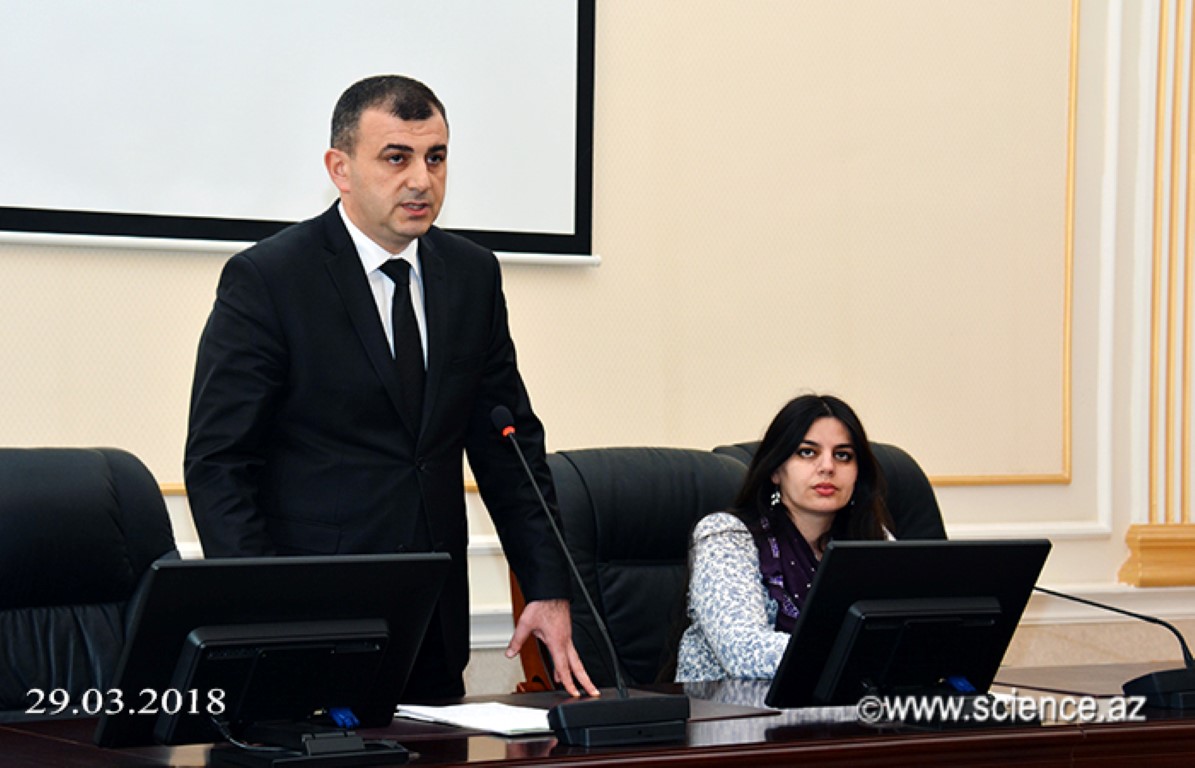 A roundtable dedicated to the 100th anniversary of the 31 March Genocide committed by the Armenian dashnaks against the Azerbaijanis was held at the Institute of Caucasian Studies of ANAS.

Firstly, the victims of the genocide were commemorated with a minute of silence.

The round table was opened by the director of the institute, correspondent member of ANAS Musa Gasimly and recalled that President Ilham Aliyev signed an Order on January 18, 2018 "On the 100th anniversary of the 1918 genocide of Azerbaijanis".

The scientist then informed participants about the causes and consequences of the March 31 genocide.

M.Gasimli noted that March 31 was marked by state order in our country by Order of great leader Heydar Aliyev in 1998.

At the round table, head of the Armenian Studies Department of the Institute, Ph.D. Gasim Hajiyev, employee of the same department Aydin Eyvazov, head of the Georgian Studies Department, Ph.D. Vahid Omarov, leading researcher of the same department, Ph.D. Elnur Kalbizade and others spoke about the genocide committed by Armenians against Azerbaijanis throughout the history, as well as the destruction of our cultural and cultural samples.