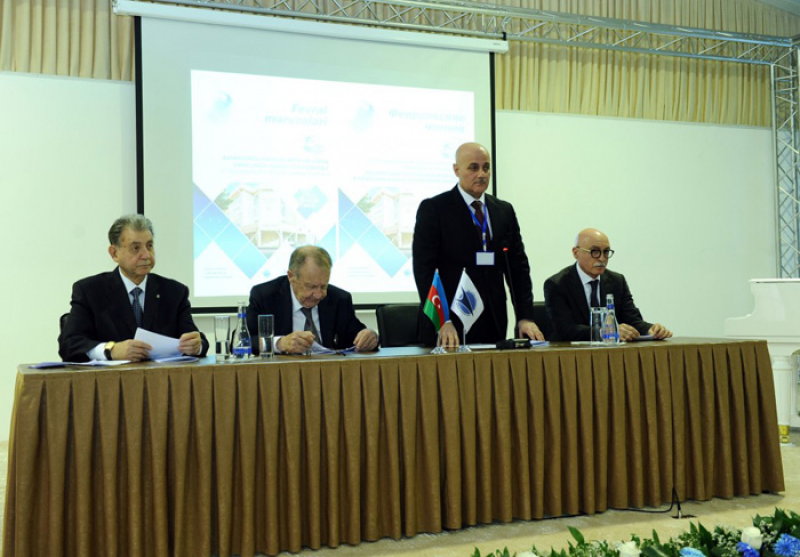 III International Scientific and Practical Conference on "February reports - the creative potential of youth in solving aerospace issues" was launched at the Student Training Center of the National Aviation Academy of Azerbaijan on February 12.

At the event, Vice-Rector of the National Academy of Aviation, Professor Adalyat Samadov said that February in our country is rich in a number of significant events. He noted that, on February 2 in Azerbaijan is celebrated as the Day of Youth. Also in February 2013 the first telecommunication satellite of Azerbaijan - "Azərspace-1" was successfully launched into orbit.

Another significant event is the birthdays of the rector of the National Academy of Aviation, Academician Arif Pashayev and the world-famous scientist, Academician Roald Sagdeev, who holds the position of adviser on aerospace issues at this higher educational institution.

Adalat Samedov brought to attention that the scientific conference, which is held for the third time, allows young people to take part in scientific discussions, get acquainted with scientific centers and establish new ties. Within the framework of the event, which will last three days, about 120 reports will be heard on the current problems of civil aviation and the space industry. It is also planned to organize master classes, seminars and round tables with the participation of well-known scientists of Azerbaijan.

At the conference, President of ANAS, Academician Akif Alizadeh and Deputy Minister of Education Firudin Gurbanov wished success to the conference. In speeches it was noted that, the development of the system of higher education and the training of scientific personnel are one of the important issues currently facing the world community. It was stressed that, the development of the sphere of education and science in Azerbaijan is one of the main tasks facing the state.