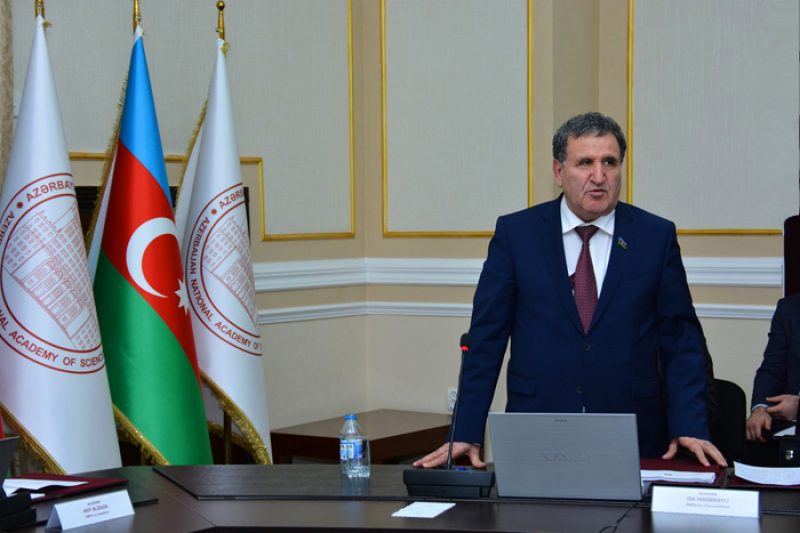 Expanded international relations in the humanities

At the next meeting of ANAS Presidium the annual report of the Division of Humanitarian Sciences was discussed. Taking part in the discussions, ANAS Vice-President, Director of the Institute of Literature, Academician Isa Habibbeyli, highly estimated the report on the results achieved over the past 5 years, conducted studies and forthcoming tasks.

Academician I.Habibbeyli has brought to attention that all decisions and orders of the President of Azerbaijan Ilham Aliyev in the field of the humanities are fully executed. He noted that in recent years, international relations in this sphere have significantly expanded, and the staff of the department participated in numerous national and international conferences. Agreements on cooperation in priority areas with a number of authoritative scientific centers of the world were also signed, and joint research was conducted.

Then, scientist informed about the website of www.azerbaycandili.az prepared by the specialists of the Institute of Linguistics of ANAS, which is the general information base of the Azerbaijani language as a state language. He praised this event as one of the greatest achievements of the department.

Vice-president of ANAS noted that, the possession of a foreign language is one of the important issues for active participation in the processes taking place in the world. Speaking about the measures taken in ANAS in this direction, the scientist appreciated the organization of courses related to the teaching of English in the institutes of the Academy, as a positive event.

Academician I.Habibbayli stressed that, a new spelling dictionary, developed by the specialists of the Institute of Linguistics, is widely discussed throughout the country. He said that in connection with the new dictionary, numerous articles of well-known representatives of the Azerbaijani intelligentsia, scientists and linguists were published, and different views were put forward. The working group established at the institute will take appropriate decisions after discussing and analyzing all comments, proposals and statistics.