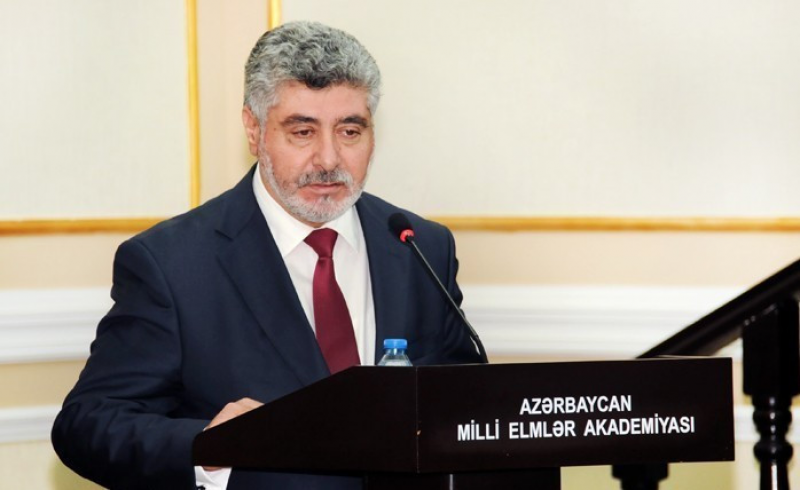 On February, Humanitarian Sciences Division of ANAS was held.

The event was attended by members of the Division, heads of scientific institutions, scientific secretaries and related persons.

Opening the meeting, academician secretary of the Division Teymur Karimli, familiarized the participants with the issues on the agenda.

The academic secretary of the Division, academician Teymur Karimli, recalled that the Presidium's decision on the results of the scientific research works carried out in the scientific institutions of ANAS. In reporting year, 83 sections of 33 problems were investigated in 186 phases of 363 cases. At the end of the year, 109 phases of the 122 works were completed and 8 republican and 4 international events were held by scientific institutions of the academic unit. This year 7 books were published abroad, including 101 monographs, 8 aborad. In 2017, 24 articles in have been published in high impact factor journals.

In the report, the academic secretary touched upon the execution of decisions of the Presidium of ANAS and orders of the President of ANAS, structural changes, conferences, sessions, symposiums, seminars and jubilees, awards, foreign visits, also touched on issues. Some of the department's scientific institutions have established cooperation with well-known universities, research institutions in China, Iran, Egypt, Turkey, Russia, Uzbekistan and Kazakhstan.

The report has been discussed and approved. Important scientific results are included in the annual report of the Academy. In the field of multidisciplinary research, humanitarian sciences have been linked to other fields of science, intensification of their participation in grant projects of the world's leading countries, and other issues.