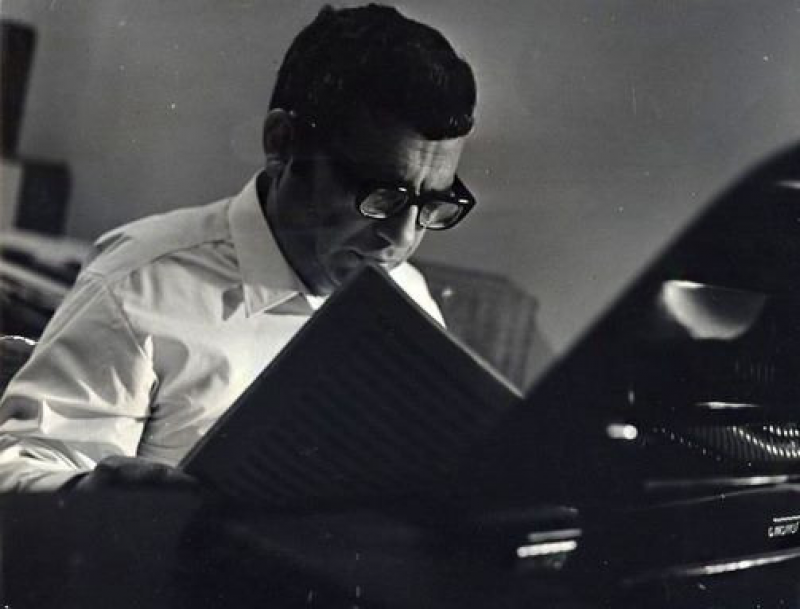 The path of genius

As an artist in the basic specialty, I am used to the surrounding world and the sounds that fill it, to feel through the color. Karaev's music always seemed to me black and white. Two beginnings - black and white, laid in the basis of the visual worldview, all the others appeared to our eyes through the prism of the refraction of these two principles. And the endless black space, adorned with white stars, resembles the Karaev depth ... Of course, many see and hear millions of colors and shades in Karaev's music, to me it seems that way.

February 5 is the birthday of Academician Kara Karaev. The hundredth in the account and the 36th without Karaev himself. Karaev even during his lifetime became not only one of the symbols of the republic and its culture, but also a landmark event of an entire era. That epoch appreciated Karaev with numerous titles and awards, one of which was the Lenin Prize in the field of art, and remained the only one awarded to the Azerbaijanian.

Nature endows originally selected attributes of immortality, and the very name of consonance - Gara Garayev, said if confirmed. For whatever Karaev undertook, whether it was Leyli and Majnun or Seven Beauties, The Path of Thunder or Albanian Rhapsody, Don Quixote or symphonies, engravings, concerts, music for films, songs-everything was imprinted Karaev's genius.

And during Karaev’s life, during the time of his all-powerful opponent Tikhon Khrennikov with his accusations of formalism, and even now, when it would seem that time has put everything in its place, one sometimes hears judgments about his departure from national roots. Karaev himself as responsible for it, "National traditions are manifested in the creation of sometimes unconsciously. I write music in Spanish, Bulgarian, Vietnamese themes, and they tell me that it bears the imprint of my nationality, my Azeri hands. How it happens - I cannot explain and do not think about it".

We just have to think about the personality of Karayev, about his enormous musical heritage. Karaev was not like others, remaining even in his pioneering, avant-garde art as a deeply national artist. Karaev's music, no matter how many decades and centuries has passed, will sound. Sounds and makes you think. Music penetrating into the depths of the subconscious, looking forward and at the same time returning back. Music, foreseeing the future, which, in Akhmatova's words, is not a calendar, but a real twentieth century.

Even now, 36 years after his departure, Karaev serves his people, refuting by his own work, by unknown people, the invented and, in fact, criminal division of professions on a regional basis, where supposedly music is the lot of the Karabakh people. Having transferred the baton from his teacher, the great Uzeir Hajibeyov, the international character of Karaev, handing it to the reliable hands of his numerous students, hardly thought about who came from.

First of all, we, the Academy's Institute of Architecture and Arts, the Ministry of Culture, the Composers' Union and many other organizations, need to go through the "path" of genius, to collect, systematize, publish and re-publish his heritage. Every effort should be made to ensure that the composer himself and his creations in every corner of the planet are associated with Azerbaijani culture, which will enhance our culture and become a feasible return of a fraction of the debt to the memory of Kara Karayev.

Zulfugar Farzaliyev, Head of the Department for Public Relations and Popularization of Science