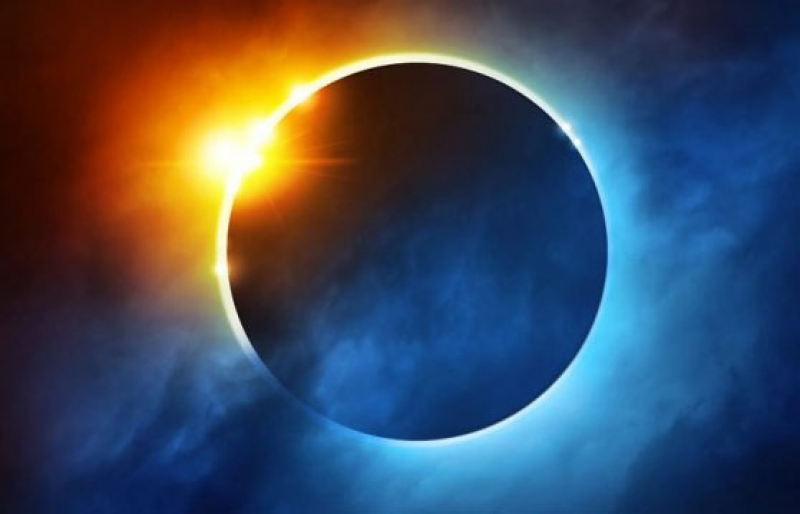 The new moon will take a bite out of the solar disk to stage a partial eclipse of the sun on February 15, 2018. This eclipse is visible from southern South America (Chile, Argentina, Uruguay, far-southern Brazil and far-southern Paraguay), Antarctica, and the far-southern extremities of the South Pacific and South Atlantic Oceans. If you’re in a position to watch this eclipse, remember to use proper eye protection.

On a worldwide scale, the partial eclipse of the sun starts at sunrise over the South Pacific Ocean, and then the moon’s penumbral shadow moves eastward across the globe, to finally end at sunset nearly 4 hours later over the South Atlantic Ocean. The animation and map below help to illustrate this path of this eclipse, whereby everyplace within the moving gray shadow can see varying degrees of a partial solar eclipse.