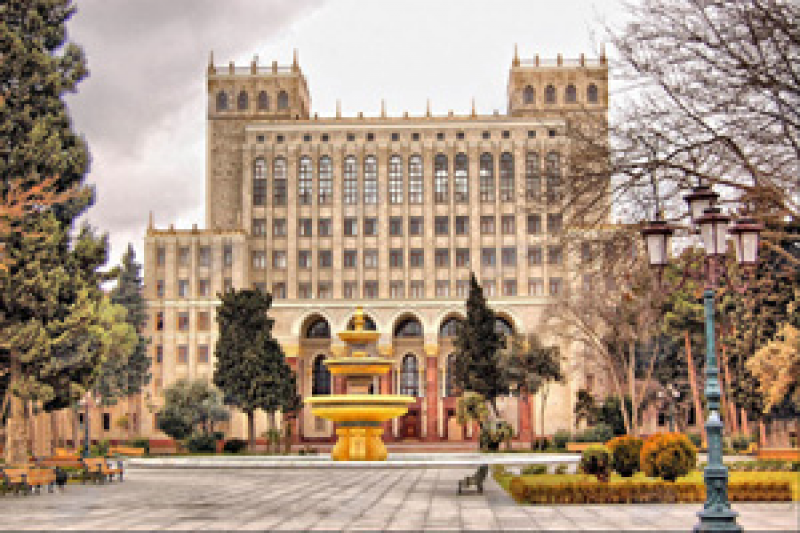 Competition announced for the nominations of the ANAS

According to the Decree of the Presidium of the National Academy of Sciences of Azerbaijan on January 31, 2018, # 4/2, a competition was announced for the Nasreddin Tusi, Hasan bay Zardabi, Academician Uzeyir Hajibeyli, Academician Mirasadulla Mirgasimov, Academician Yusif Mammadaliyev, Academician Musa Aliyev and Abbasgulu Aga Bakikhanov on 2018 year.

The purpose of the competition is to encourage and stimulate scientists who have made a significant contribution to the development of Russian science, as well as perpetuating the memory of outstanding scientists of Azerbaijan.

It should be noted that, the nominal ANAS awards in accordance with the regulations on awards are awarded for important fundamental and applied scientific results, works, discoveries and inventions, as well as for special merits in the development of science.

Presentations on candidates must be submitted to the Expert Commission by March 1 together with relevant documents.

Documents (2 copies, along with electronic version) for nominators should be submitted to Science and Education Office of ANAS (Baku city, Istiglaliyyat str., 30, room 502) until March 1, 2018:

- The authors of those studies awarded the President of the Republic of Azerbaijan's state awards and other nominal awards of the state, are not allowed to be nominated with the nominations of the ANAS

For more information, please refer to the Education and Science Office of ANAS.